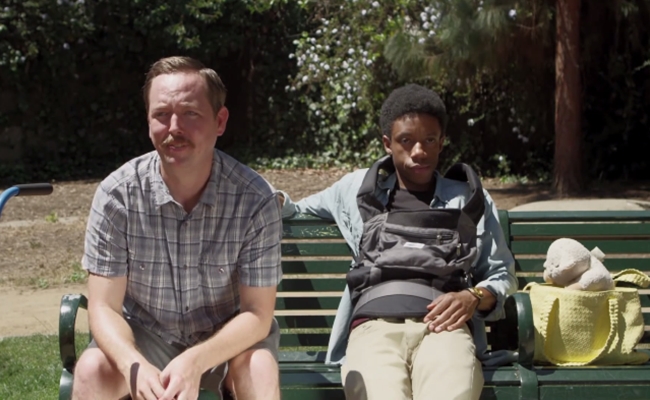 ‘Dadholes’ Is Going Viral Because It Is Very Funny

The latest indie web series du jour is Dadholes, a remarkably funny examination of dadhood created by comedian Chris Wylde. Wylde first released Dadholes in May, but thanks to a wave of love from Reddit, the series is just now going viral–and for good reason.

You don’t have to be a father to appreciate Dadholes, but parents who are currently forced to deal with tyrannical toddlers are most likely to feel its sentiment. The series stars Wylde and Darrell Britt-Gibson as two world-weary, sarcastic, blunt dads who bond with each other while watching their kids cause trouble on the playground. Some may find Dadholes‘ flagrant child-bashing to be over the line, but those people need to lighten up. It’s a joke, and a funny on at that.

Three episodes of Dadholes have been released thus far, and according to the series official blog, two more are on the way. Now that Wylde has a big audience, he will be expected to keep up his good work. I have faith he’ll do just that.