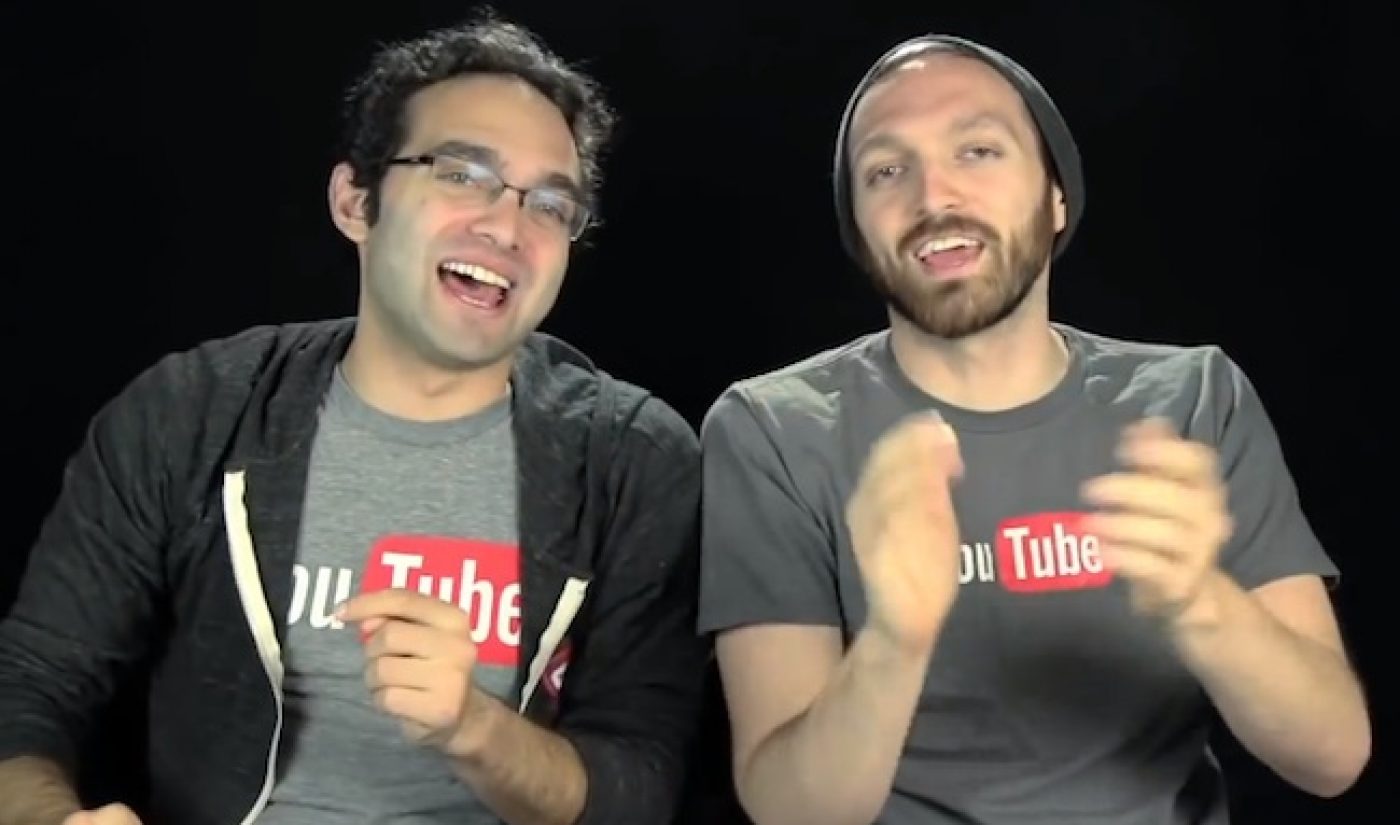 Benny and Rafi Fine (aka The Fine Brothers) have new YouTube representation. The comedy duo responsible for the incredibly popular Kids/Teens/Elders/YouTubers React series, the transmedia program MyMusic, and a handful of other online video hits recently took their talents and their 7+ million aggregate YouTube subscribers to WME. Now the pair will also be taking all those assets to Fullscreen.

The YouTube multi-channel network that’s currently on top with more unique U.S. visitors per month than any other MCN recently signed the Fine brothers’ channels, which are some of the most popular on YouTube. For example, The Fine Bros. premiere channel ranked #43 in the world in YouTube views in October 2013 with almost 50.6 million views in the 31 days of the month. But that’s not all! The same channel is also one of the fastest growing on YouTube. In October 2013, YouTube.com/TheFineBros ranked #44 in the world in subscribers and added over 219,000 of them during the month.

The Fine Brothers come to Fullscreen by way of Revision3. The pair signed with the Discovery Networks owned and operated video sharing site and YouTube network back in September 2012. But that was before Revision3 acquired Phil DeFranco Creative and started to focus on building its own properties within the DeFranco (e.g. ForHumanPeoples) and Discovery (e.g. TestTube) empires. It was also before The Fine Bros. hit one billion views and consistently ranked very high on the charts. The duo presumably signed a one year deal with Revision3 and, when it was up, looked at their place within the network and the online video landscape and then decided to explore other network options. Fullscreen obviously proved the best fit, the best at courting the brothers Fine, or both.

There’s a limited amount of Top 100 YouTube channels, especially if you take into account those that are not part of Vevo’s music network. Picking up creators like the the Benny and Rafi Fine is a big score for Fullscreen. Don’t be surprised if the network has equally big plans for them.

Fullscreen and The Fine Bros. declined to comment for the story, while Revision3 was unavailable. We’ll update the article with any relevant information if and when we hear back.