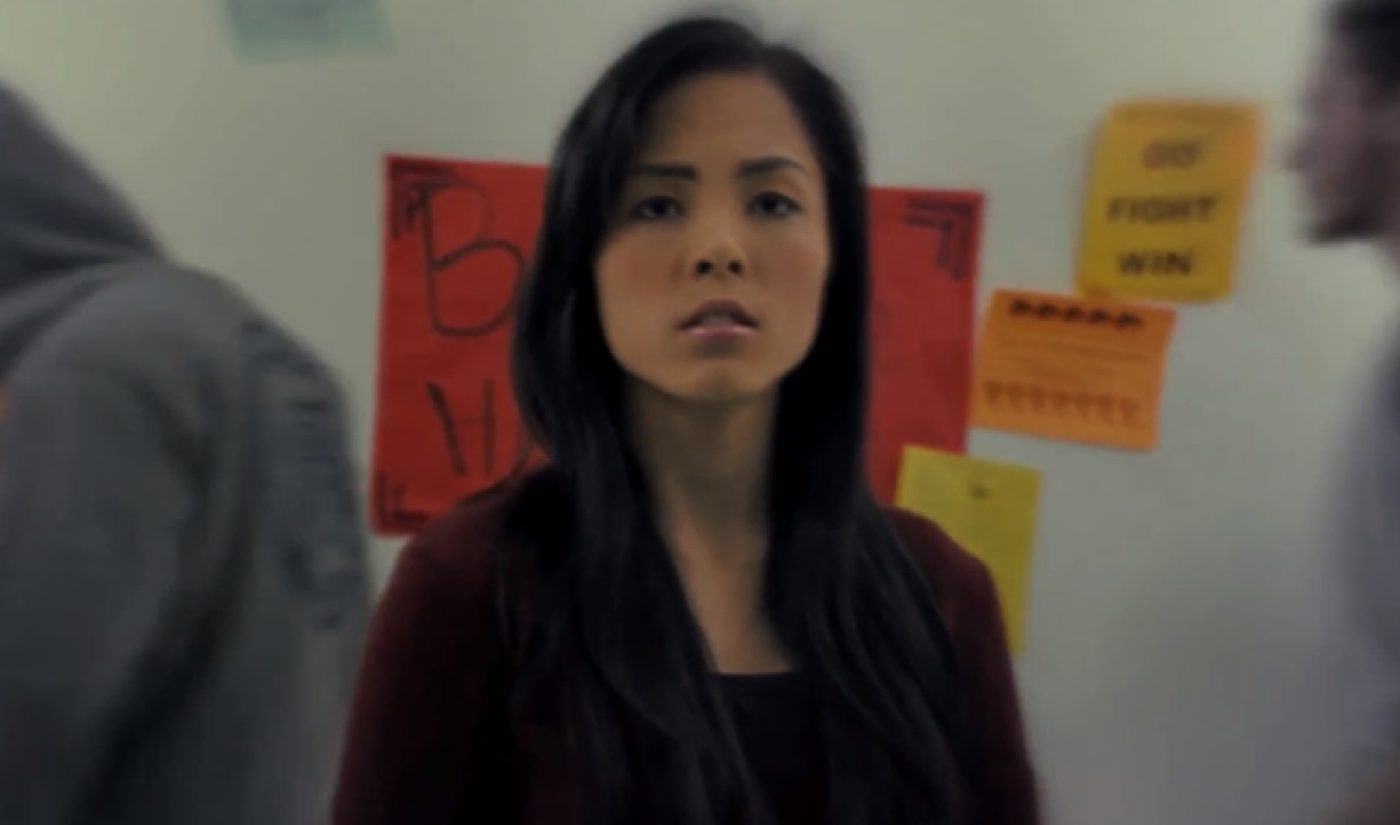 I’ll admit that I was skeptical about Ray William Johnson‘s directorial debut, Riley Rewind. The =3 host has built his YouTube reputation almost entirely on one series, and I wasn’t sure how well his ability to riff on viral videos would translate to a feature-length presentation. That being said, Johnson has recently released a pair of trailers for Riley Rewind, and I must admit that the film looks pretty good.

Riley Rewind will star Johnson’s girlfriend, Anna Akana, as a high school time traveler who must stop a bomb from destroying her school. The film is the first major production released by the couple’s studio, Runaway Machine, which was recently renamed from Runaway Planet to avoid copyright issues with a bluegrass band of the same name.

The film’s second trailer gives us a good idea of its basic style, and it seems like Riley Rewind will have a balanced combination of science fiction, angsty teen comedy, fast-paced plotting, and just enough blood to make things interesting. The film’s influences are evident–a little Chronicle here, a dash of Source Code there, a soupcon of Groundhog Day, etc.–but the various ingredients appear to be blended well.

Riley Rewind will arrive on December 12th, when it will become available for free on Johnson’s popular YouTube channel; at that point, we will learn if it lives up to its well-crafted, thrilling trailer. Should it meet expectations, it will be a huge step forward for a YouTube star who is hoping to make a splash in the traditional media world.