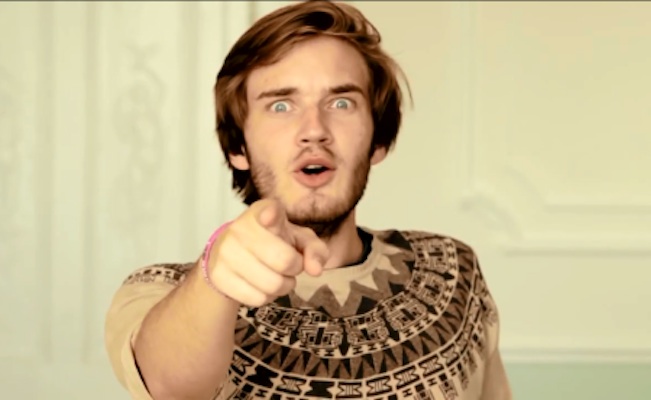 PewDiePie no longer holds the title of Most Subscribed Channel on Youtube (for that honor now belongs to YouTube), but the online video gamer with a penchant for high-pitched voices and having an incredible connection with his audience is the Most Subscribed Channel on YouTube that isn’t owned or operated by Google. And it looks as if he’ll be in possession of that tile for quite a long time.

Kjlelberg’s next closest competitor comes from Anthony Padilla and Ian Hecox’s former #1 Most Subscribed Channel Smosh. PewDiePie passed the comedy duo’s online video repository back in August 2013 and hasn’t looked back since. Kjelberg’s channel now counts almost 3 million more subscribers than its predecessor at the top of the charts.

Want to see what all the audience is crazy about? Here’s PewDiePie’s current Channel Trailer. The more of it you watch, the more you’ll like. (Trust me on that one. I write from experience):