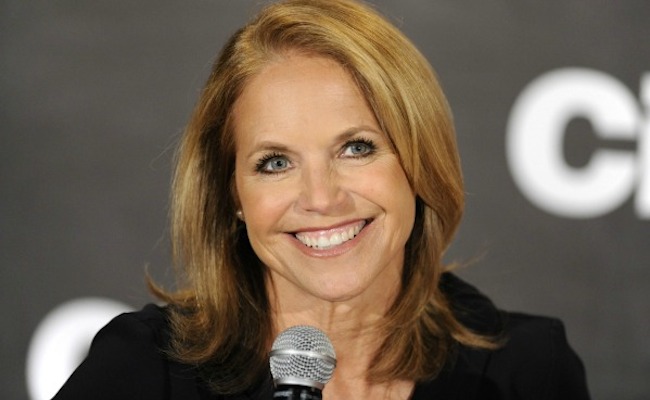 Katie Couric Will Join Yahoo In 2014

America’s most prominent TV newswoman is headed to the Internet. Katie Couric, who has been with ABC News since 2011, will join Yahoo in 2014, where she will serve as the platform’s lead anchor.

Yahoo CEO Marissa Mayer announced the new hire through a post on Yahoo-owned Tumblr. “I’ve always respected Katie for her thoughtful, charismatic approach to journalism,” wrote Mayer. “Katie is dynamic, savvy and has a way of connecting with viewers that I really admire.”

This won’t be the first time Couric has teamed up with Yahoo. She currently hosts an interview and commentary web series called Katie’s Take that runs parallel to her work on TV. Her new role will bring her on full-time alongside the growing Yahoo News team.

Couric’s official position is ‘Global Anchor’, and she will helm news content that will be broadcast to millions of viewers on Yahoo’s homepage. In doing so, she will connect to a huge, international audience, one that is much bigger and more global than the ones she encountered during her previous gigs at NBC, CBS (where she served as the lead anchor of the CBS Evening News for nearly five years), and ABC.

Despite joining Yahoo, Couric’s TV career is far from over. She will continue to host Katie, her syndicated talk show (you know, this one), which airs during the daytime on ABC stations across the country.

We’ll share more details–such as the exact date of Couric’s departure and the details of her new job–as we have them.