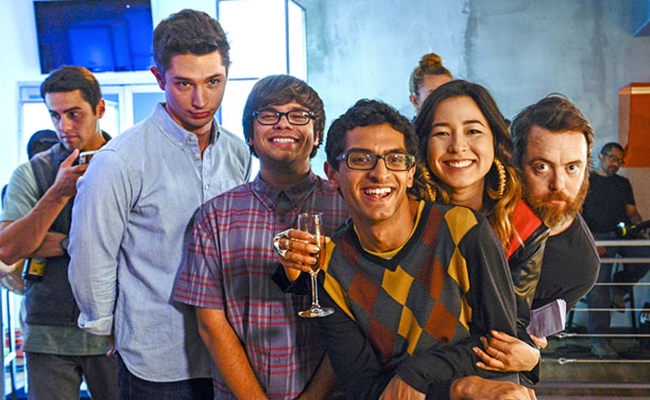 Amazon recently announced itself as a major player in the premium web video space with the release of Alpha House, its first original series. The Garry Trudeau creation earned reviews resembling those received by House of Cards, and it saw strong viewership numbers over its debut weekend.

One week later, Amazon debuted its second original, Betas, and the early reviews lead us to believe it has much less of a chance to become a groundbreaking hit. According to the critical consensus, Betas is hot-and-cold, filled with stock characters, and marked by overly-stylized dialogue.

Most critics have agreed that Betas tries too hard to cater to its young crowd, filling its show with pithy references to buzzy tech brands like Snapchat and Grindr. “Basically, this show is packed with a Diablo Cody-level of cute pop culture references,” wrote Jean Bentley in Mashable, “but most of the time it just doesn’t feel natural coming from the actors’ mouths.” Chuck Barney of the San Jose Mercury News was similarly lukewarm. “[T]he problem with “Betas” is that it’s an uneven endeavor that’s just good enough to make you wish it were better,” he wrote.

Critics have also complained that, for all of its hip, millennial humor, Betas relies too heavily on stale tropes. “Despite its cutting-edge cachet, nothing about “Betas” feels terribly new,” wrote Neil Drumming in Salon. Mike Hale of the New York Times called the characters “common types,” and Samantha Highfill of EW took exception to the often-ribald nature of the humor. “Other than Trey, who’s the most interesting of the bunch…the characters are a bit extreme,” she noted.

At the same time, Drumming, Hale, and Highfill all noted that there are no shortage of funny sitations, and the former two came away with a net positive experience. Brian Lowry of Variety was more effusive in his praise, writing that “Betas doesn’t swing for the fences, but rather lets the humor flow from its situations.”

After three episodes, there seems to be a question of who Betas is for. Its jargony dialogue and platform of choice are calling for a young audience of twentysomethings, but the broad characters may turn those viewers away. It’s too early to know how exactly Betas will fare, but the message is clear: Alpha House is the safer bet.