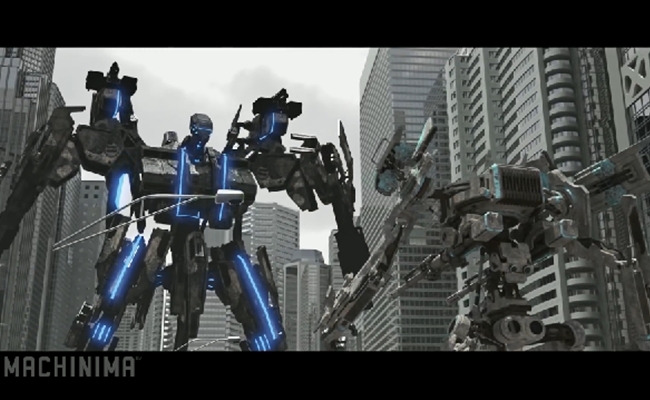 Machinima Imagines The PS4 And Xbox One As Huge Robots

The next-generation game consoles have just been released, which means that most gaming news sources on the Internet have devoted their resources to comparisons between the PS4 and Xbox One. And sure, it’s important to know which console has superior hardware, but you know what’s more fun? Imagining the two competing devices as giant robots and making them fight it out in a ruined city. That’s what Machinima did, and it’s a pretty funky idea.

The video in question features two enormous CG Gundam–looking things, one glowing PS4 blue and the other Xbox One green. Machinima even gets in a swipe at Wii U by having it appear as a third, much-tinier robot that promptly gets stamped into the ground.

At the end, viewers can choose their champion of choice, a decision that has whipped thousands of fanboys into a range. You should definitely skip the comments section for this one; instead, make sure to turn your sound up. The video is a brand collaboration with Dolby, which has provided the video with its signature surround sound.

While it may not have been Machinima’s intended purpose, the ‘Console War’ video reinforced for me the notion that the two next-gen consoles are very similar. Like their robot counterparts, the Xbox One and PS4 are both big, shiny, sleek machines that differ primarily in the color of the lights on their respective interfaces. No matter which one you buy, you’ll probably be able to do a lot of cool stuff. With that being said, can we please stop arguing about which one is better?