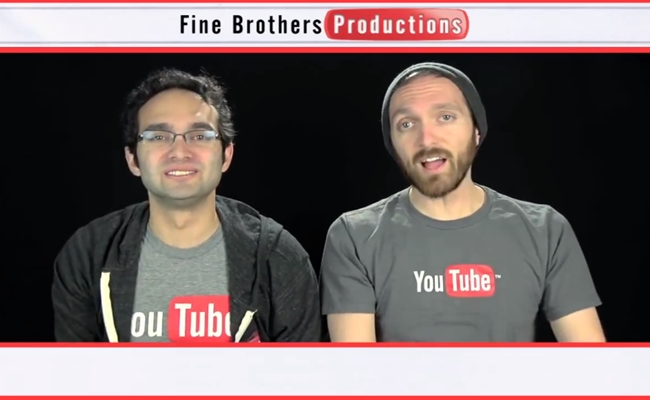 The Fine Bros are the latest YouTube creators to sign with a major talent agency. The creators of the four React series and MyMusic have signed with WME.

Benny and Rafi Fine will join several other prominent YouTube creators, such as Ray William Johnson and Felicia Day, as WME clients. In doing so, they will add their names to a growing movement that has seen YouTubers sign with talent agencies like WME, CAA (MysteryGuitarMan), and UTA (iJustine and Shane Dawson).

The Fine Bros’ decision to sign with WME likely signals their interest to explore opportunities in traditional media. Ray William Johnson used the agency’s assistance to secure a script commitment from FX, while Shane Dawson recently sold a sitcom to NBC four months after joining UTA. For The Fine Bros, traditional media opportunities could take the form projects utilizing their direction, production, and editing talents.

Of course, joining a major Hollywood talent doesn’t prevent The Fine Bros from continuing to build their already-impressive YouTube presence. They will continue to be partnered with Fullscreen in addition to WME.

With 6.4 million subscribers and more than 1.1 billion views, The Fine Bros are among YouTube’s most popular creators. At the same time, their WME deal proves they have their sights set on more prominent platforms.