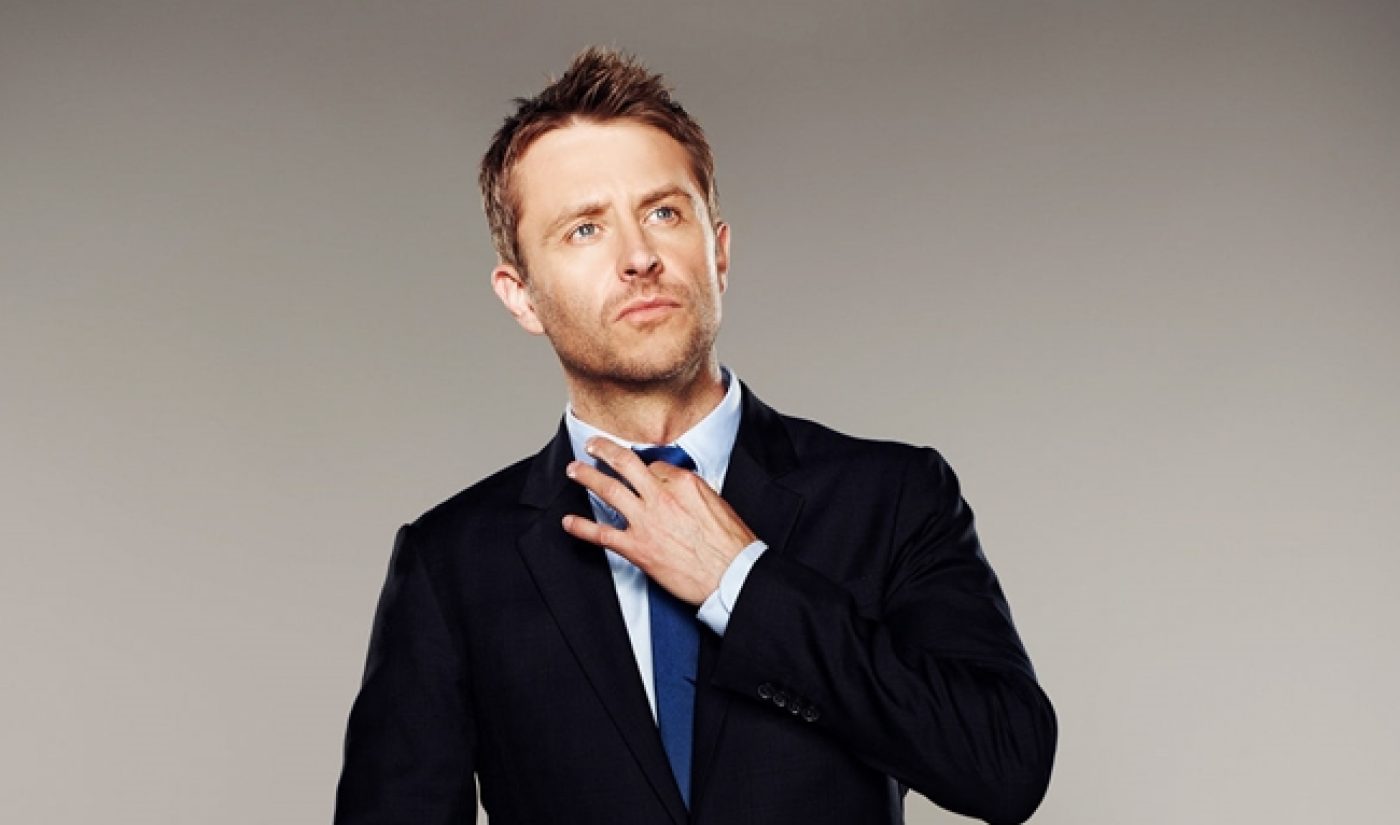 Chris Hardwick will be dishing out points on Comedy Central for the foreseeable future. Comedy Central has picked up @midnight, the late-night game show produced by Funny or Die and hosted by Hardwick, for a full season beginning in 2014.

@midnight stars Hardwick as the moderator of a competition between three guest comedians, to whom the Nerdist founder awards points based on quips they can think up related to funny social media posts. The show has thus far resembled Write Now in its basic format, Whose Line Is It Anyway? in the variety of its segments, and British game shows like Big Fat Quiz of the Year in the wisecracking candor of its guests.

In @midnight‘s first four weeks, a wide array of guest stars have already joined in the fun. Most notably for online video fans, Grace Helbig showed off her one-liner skills in a recent episode.

@midnight is somewhat of an unusual show, and with The Colbert Report leading into it, it has big shoes to fill. However, after enduring some initially mediocre reviews, the show has thrived, drawing strong ratings, particularly among the 18-24 demographic.

This audience most likely fueled Comedy Central President Kent Alterman‘s decision to pick up the show. “We’re amazed at how quickly @midnight has resonated with our fans,” said Alterman.  “If the internet catches on and social media becomes a part of pop culture, we think we’ll really have something here.”

Jokes aside, Funny or Die is now charged with creating 40 more weeks of @midnight, which comes out to a whopping 160 episodes. These episodes will begin to air alongside The Daily Show and The Colbert Report when Comedy Central’s late-night block returns from its holiday hiatus in January.

“I don’t have adequate words to express how excited I am that we are going to be a fixture of late-night in 2014,” commented Hardwick. “Huge thanks to the amazing teams at Funny Or Die, Serious Business, and Tom Lennon and Ben Garant. They’ve made this process one of the most rewarding and fun experiences of my life.  Finally, to the fantastic folks at Comedy Central, I say, POINTS!!!”

@midnight still feels like a work in progress. Hardwick could stand to be a little more conservative with his points during the free-for-all sections, and some games are funnier than others. That being said, @midnight has proved it is funny enough to belong on the air, and given the programs surrounding it, that’s a mighty fine achievement.