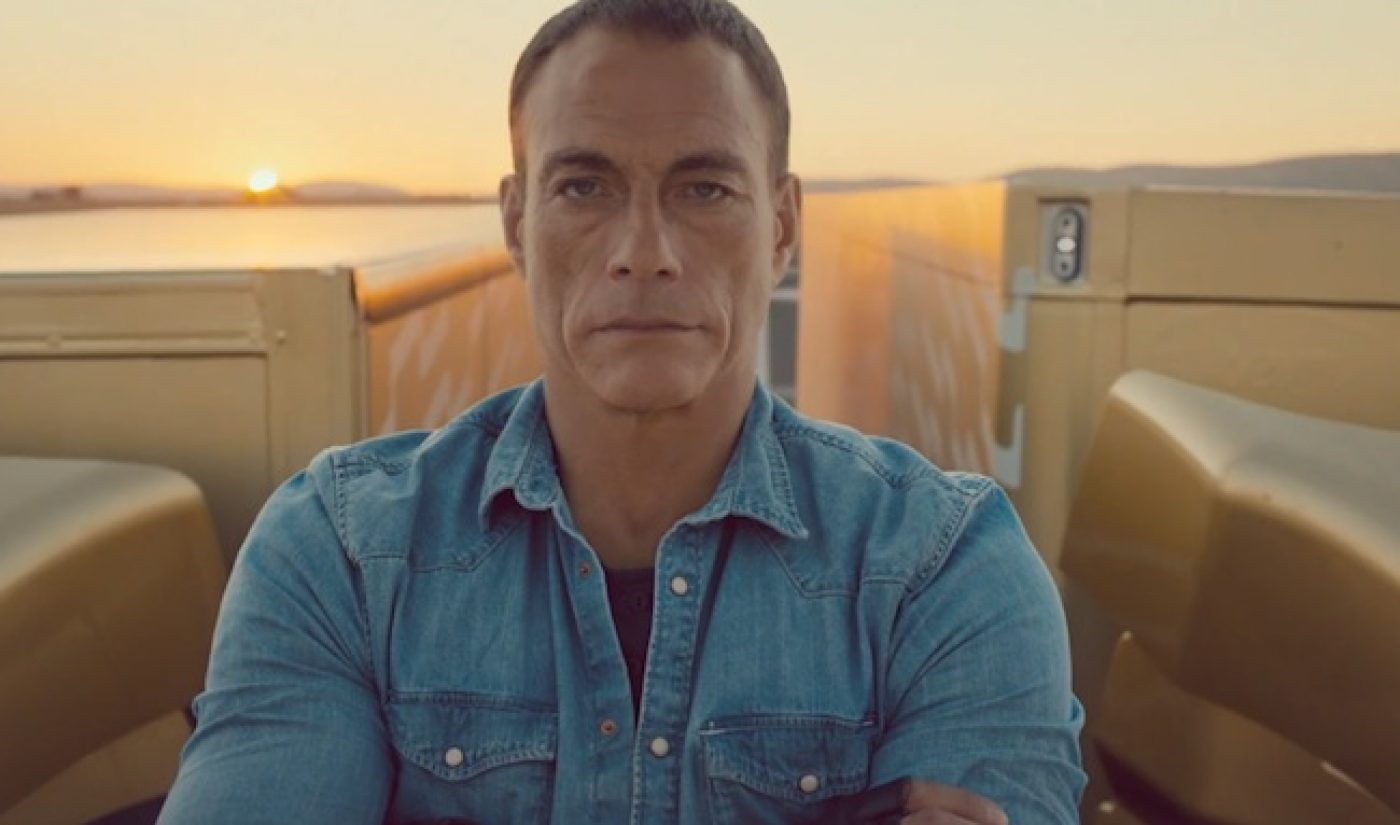 I recently wrote DC Shoes founder and professional rally car driver Ken Block makes the best branded entertainment videos on the internet. That was before I saw the latest offerings from Volvo Trucks.

Block’s Gymkhana series with its 200+ million views is a fun thrill ride that causes viewers to utter expletives as they look on in amazement at a man who’s mastered a piece of modern machinery and seemingly makes vehicles move at will in ways you never thought were mechanically possible. The latest online video offering from Volvo Trucks, however, is awesome, in the truest sense of the word. It’s equal parts fear, reverence, admiration, Enya, and Jean-Claude Van Damme.

Shot in one take, at sunrise, on a closed course, the spot is meant to show off the Volvo FM, Volvo Trucks’ new line of big rig that comes complete with a lighter cab and greater fuel efficiency than its predecessors, in addition to incredibly precise Volvo Dynamic Steering. And the ad shows of all of that with aplomb by positioning “The Muscles from Brussels” between two backwards-moving vehicles that inch farther and farther apart until Van Damme does the kind of splits that would make Mary Lou Retton jealous.

The ad is the sixth installment of the Swedish car manufacturer’s Live Test series (#3, for instance, featured a play on Pamplona’s Running of the Bulls) and has been teased for at least the past two days on Volvo Truck’s YouTube channel. A video featuring Van Damme across from Volvo Trucks Technician Jan-inge Svensson went live on November 11, 2013. In it, the tech tells the action film star how the shoot will go down and the two make plans to go Flamenco dancing if Van Damme lives through the filming.

Volvo reports The Epic Split features no camera trickery, except for the fact minimal safety equipment was digitally removed from the final product. (Insert your favorite Van Damme quote to end this article here.)