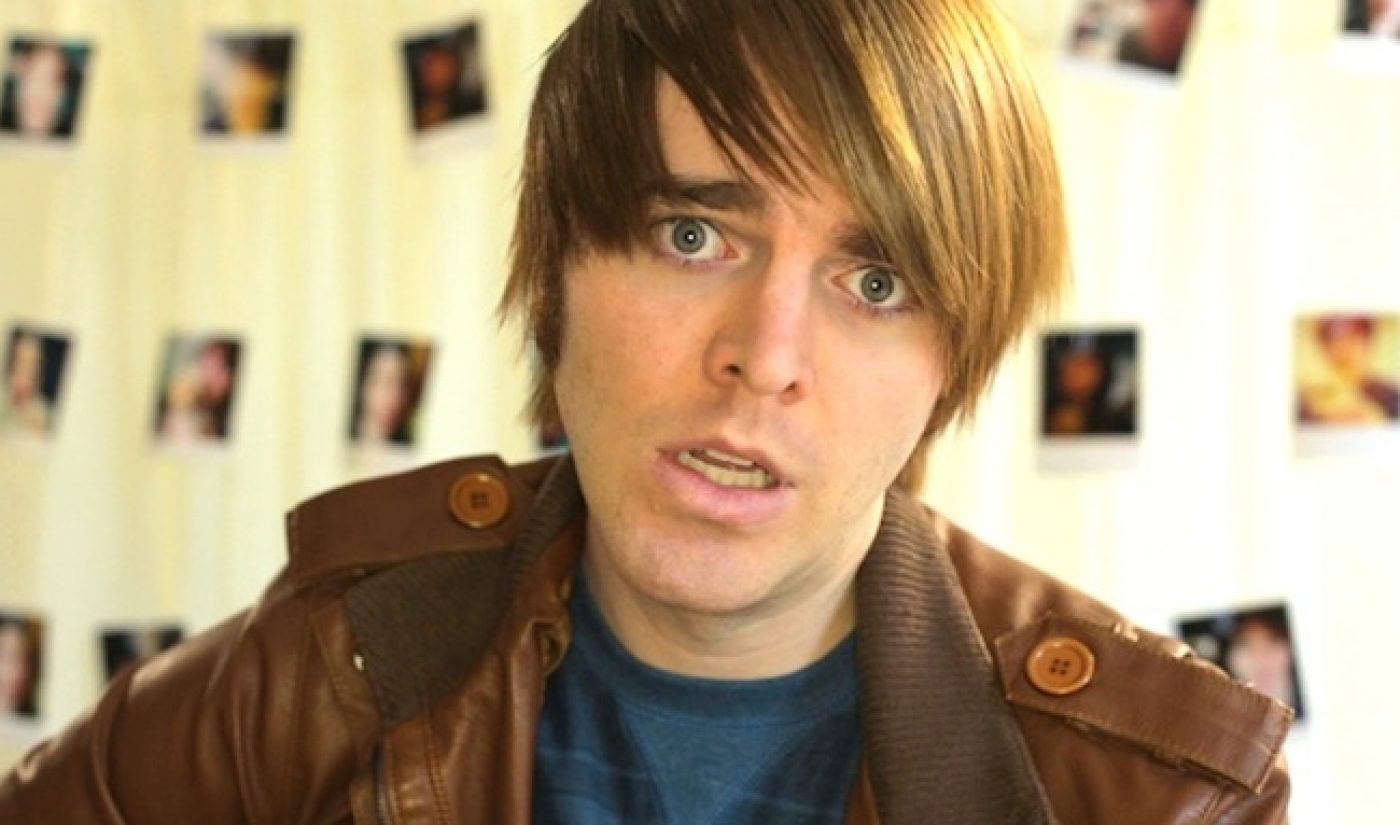 Shane Dawson is the latest online video star to ink a deal with more traditional entertainment.

The YouTube personality with a penchant for parody videos and in possession of more than 10.5 million subscribers across his three channels (which include his sketch-driven ShaneDawsonTV, vlog-driven Shane, and lesser-used ShaneDawsonTV2) made public on Tuesday, November 12 he sold a project to NBC. And the means by which Dawson made that information public were Twitter and YouTube, of course. Here’s the news straight from Dawson’s video blog:

The project Dawson sold is Losin’ It, a half-hour, single-camera comedy based on the 25-year-old’s real-life experiences. The show, according to Deadline, is “set at a suburban weight loss center franchise that gets thrown into upheaval when its most successful client decides to share his inspiration by becoming a consultant there, only to then find himself promoted to manager by the end of his first day,” which all makes sense given how Dawson once worked at a Jenny Craig (but was then fired – along with his mother, brother, and six co-workers – for making a video while on the clock).

“So excited to have a chance at television, but even more excited that Youtube is what opened the door,” Dawson exclaimed over email. “Hollywood seems to be accepting us youtubers more and more and that gives me so much hope.”

Dawson is joined on the workplace comedy by Darlene Hunt, creator of Showtime’s The Big C, who will pen the program. Dawson, Hunt, Will Gluck, and Richie Schwartz are all on board as Executive Producers, while Dawson’s producing partner Lauren Schnipper will produce.

It’s also worth noting Dawson is repped by UTA. The talent agency is developing quite the track record for helping prominent online video personalities ink deals in traditional entertainment.