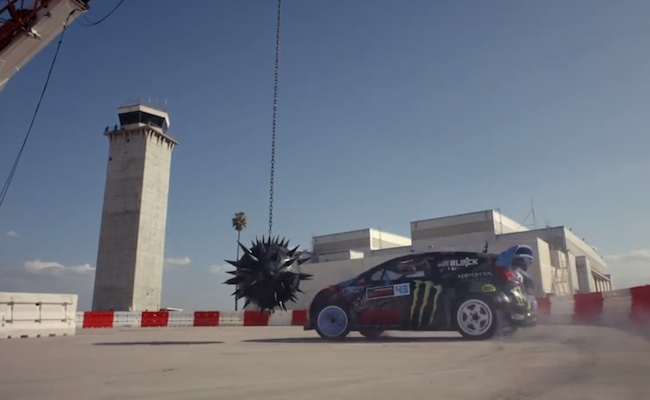 Need for Speed Rivals is set for release on PlayStation 3, Xbox 360, and other video game and computer consoles on November 19, 2013. To commemorate and market the debut of the 12th installment in the Need for Speed video game franchise, the powers that be at developers Ghost Games and Criterion Games commissioned an episode of what is possibly the best branded entertainment series of all time. Ken Block’s Gymkhana.

Ken Block is the the founder and current Chief Brand Officer of DC Shoes. He also happens to be a professional rally car driver (who’s good at winning), a master of the drift, and (when behind the wheel) an online video star. Block’s five-part Gymkhana series, featuring him swerving around, in, and about a variety of obstacles at dizzying angles and scary-fast speeds, has racked up in aggregate no less than 200 million views.

The installments come at a rate of roughly once a year and are generally reserved for publishing on the YouTube channel of DC Shoes. This time, however, Need for Speed enticed Block to create and release an episode especially for its upcoming title. A course designed to test the abilities of Block and consist of references to classic car racing video games was erected, GoPros were placed, and insane driving ensued. Here’s the end result:

Need for Speed must have presented Block with a sweet deal in order to lure him away from his very own company’s YouTube channel. Or perhaps the driver wants to diversify, promote his own brand, and build the Gymkhana series outside of DC Shoes. Regardless of his reasons, we’re glad to see more installments, and looking forward to others no matter on which YouTube channel they’re released.