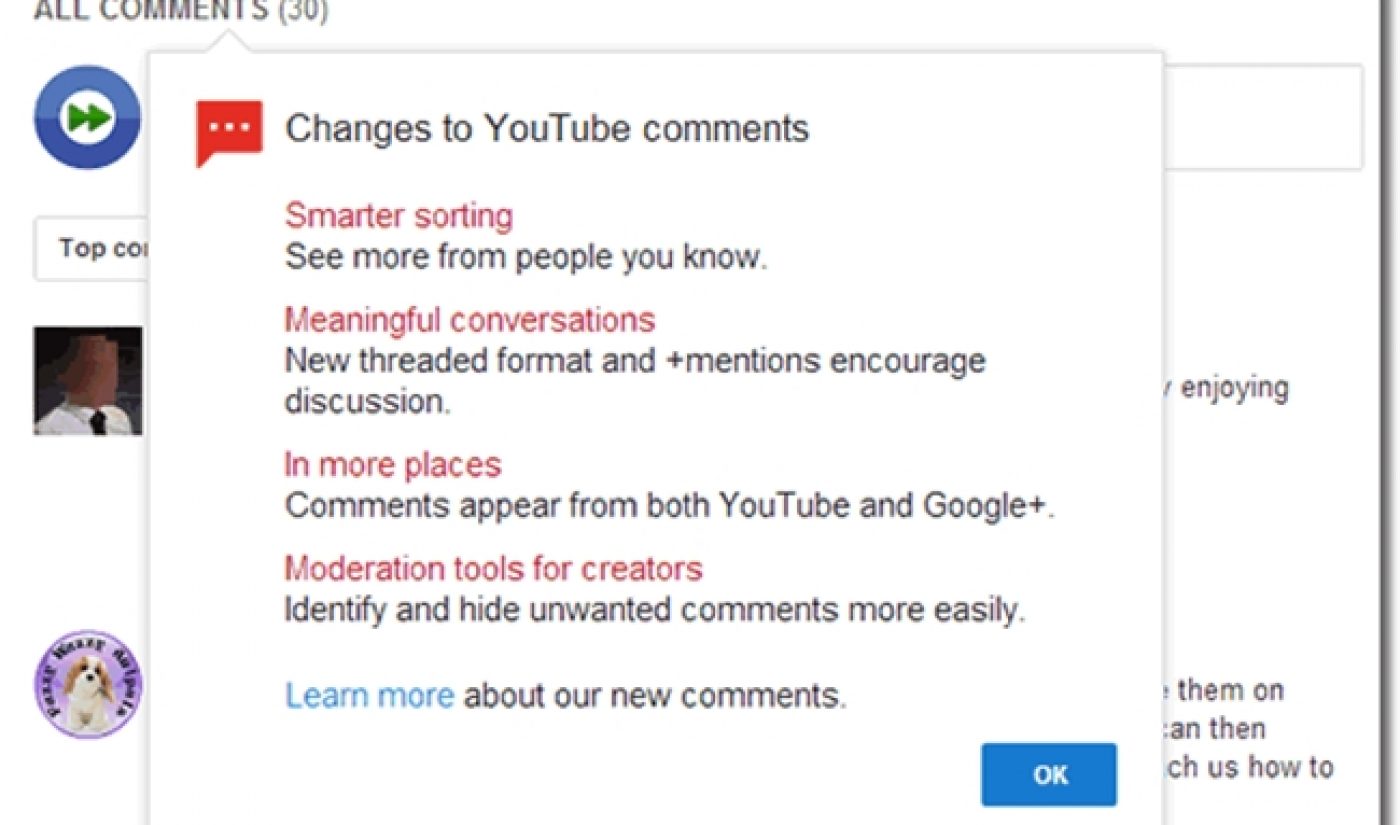 The new YouTube comments seemed like a good idea in theory: Through the updated system, obscene and spam-filled comments would be filtered out while popular and relevant ones would be sorted to the top. In practice, however, the launch of the new comments has been a disaster. They have been almost universally panned, with viewers, creators, and executives all speaking out against the system.

The viewers have been most vociferous. Many have claimed they have no interest in using a Google+ account to comment, find the new comments disorderly and confusing, wish to remain anonymous, and still see spam despite YouTube’s best efforts. These viewers have flooded the new system’s intro video intro video with 38,000 dislikes and 68,000 comments, most of them negative. More recently, a Change.org petition has gained 88,000 signatures. If it reaches its goal of 150,000…YouTube probably still won’t do a thing.

Backlash from YouTube creators has been less organized but better stated. Among the new system’s critics is top subscribed YouTuber PewDiePie, who took to Twitter to voice his dissatisfaction:

Using reddit for comments. My god! It’s like back in the day when I could actually read comments.

A more eloquent take came from Hank Green, who posted a “wall of text” on his personal blog. One particular passage stuck out to me because it explains why change is such a decried force on the Internet:

“A user account, for many people, is a project they’ve been working on for many hours per week for YEARS! Many people feel about their online accounts today the way I felt about my first car. It was an expression of who I was, an extension of the story of me. In that car I had good times and bad times and it took me to places I didn’t even know existed. Threatening to modify or alter or mess with that with minimal communication about what that change means can be terrifying to users. “

Of course, the backlash to the new YouTube comments is about more than just change. To really see the issues, a more vitriolic take is required, and YouTube gamer Cr1TiKaL provided just that. (NSFW Warning: He uses a lot of bad words.)

Even YouTube co-founder Jawed Karim is unhappy with the new system. “Why the f**k do I need a Google+ account to comment on a video?” he wrote on his personal YouTube channel, which contains nothing else except for the first video ever posted to YouTube.

So nobody is happy. Of course, as with every other damning change enacted by a social media site, the backlash will subside and users will go on with their lives until a new, more incisive redesign arrives. For now, though, YouTube is under heavy fire.