Indie Spotlight: ‘Red Scare’ Is A Teen Exploitation Film For The Web 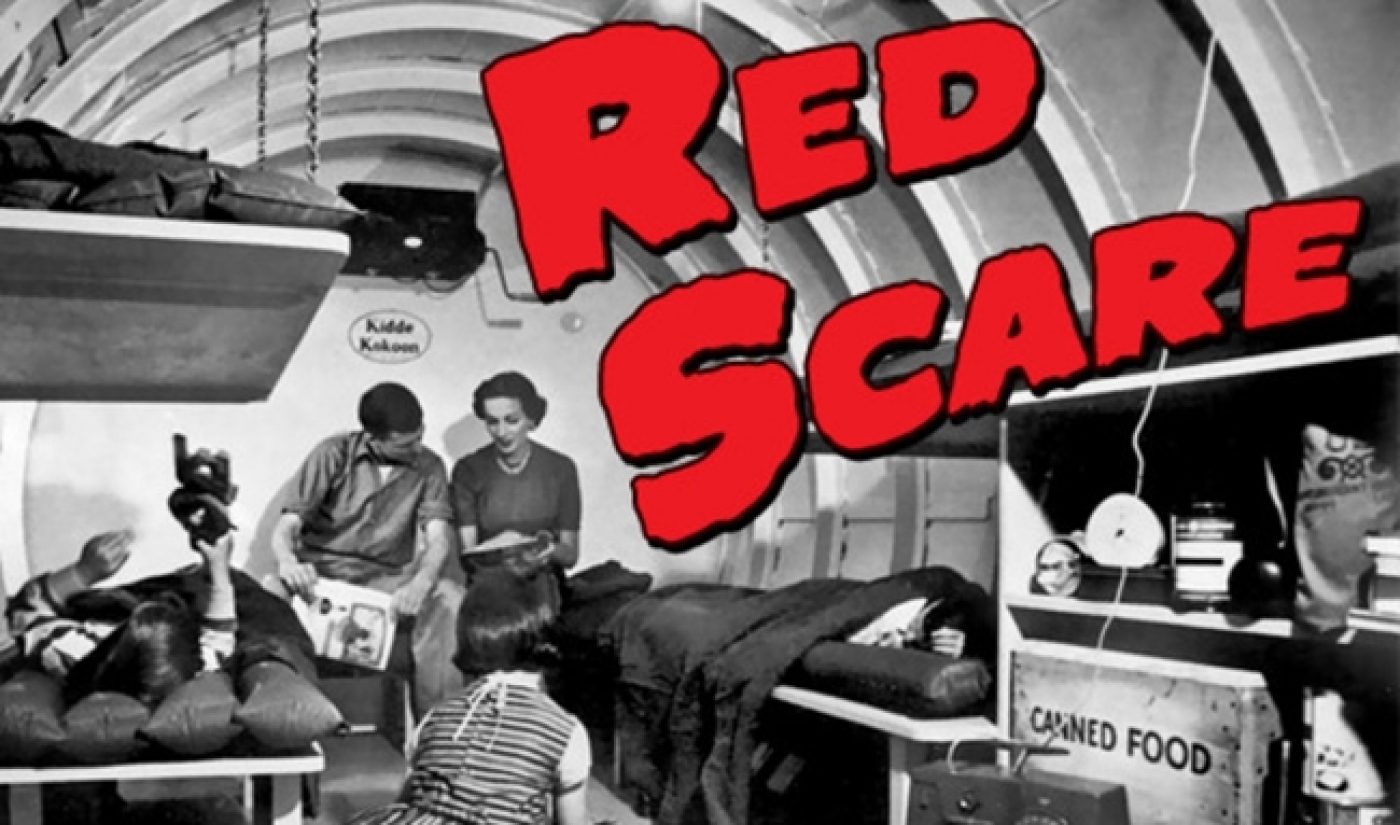 If Red Scare, a web series from creator Sam Roberts, had been released in 1956, the year in which it is set, it would’ve had a different name. It would’ve been called something like Vampire In A Nuclear Shelter! or Atomic Commie Bloodsuckers or some similarly salacious title, and it would’ve been screened as part of a double feature. Instead, it has arrived in 2013, where it serves as both a continuation of the ongoing vampire trend and an homage to the exploitation films of a previous era.

Calling Red Scare an exploitation web series isn’t meant to demean it; just as the most outlandish efforts from Herschell Gordon Lewis and Roger Corman are still celebrated today, there’s something delightfully honest about Red Scare‘s concept and style. The eight-part series takes place in a nuclear fallout shelter inhabited by ten 1950s caricatures. There’s a greaser, a goody-two-shoes, a suave letter winner, a floozy, a bespectacled nerd, a smiling homemaker, and several others. These stereotypes are fairly broad, but they suit their series, which unravels as a fast-paced whodunit when one of the bunker’s inhabitants is revealed to be a vampire.

The finger-pointing that begins in episode two may remind viewers of Clue, but the real analogue here is Mafia, the popular campfire game filled with dead bodies and accusations. With five episodes in the books, the murder mystery is coming to a head. It’s worth following along.