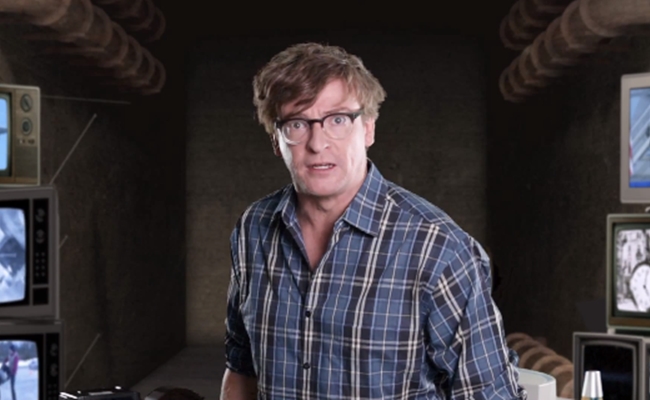 ‘Reasons To Be Scared Of The Future’ Mixes Technology, Paranoia

Do you think the future will be a bright and happy place? Well, according to Rhys Darby, you thought wrong. The Flight of the Conchords funnyman is the host of the latest Nerdist Channel debut, Reasons to be Scared of the Future.

Reasons to be Scared is a co-production between Principato-Young Entertainment and Kids at Play, and it is essentially a platform through which Darby can perform his noisy, spazzy brand of comedy. Each episode features a technological innovation that ultimately frightens Darby to no end. The show has a Bill Nye the Science Guy vibe, except with twitchy paranoia in the place of childlike wonderment.

The first episode discusses a Texan supercomputer that went insane after learning too much information.

Reasons to be Scared wouldn’t be out of place on TestTube or PBS Digital Studios, but Nerdist isn’t exactly a bad home for it, since it is at its heart an educational program about techie stuff. Your enjoyment of it will depend of how much you appreciate Darby’s shtick; as far as this series is concerned, he is present at all times.