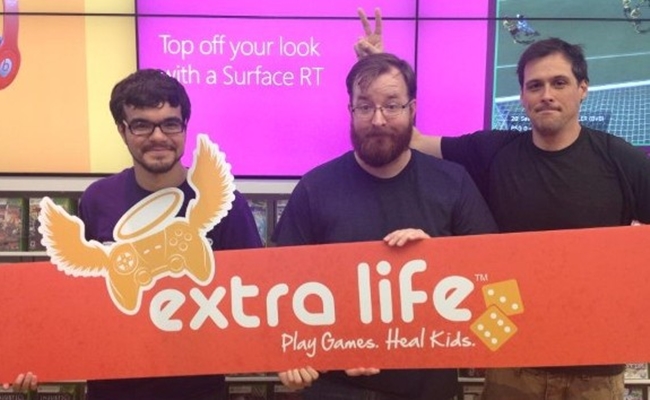 For the sixth year in a row, gamers have used their button-mashing skills to support a great cause. The Extra Life charity, which raises money for children’s hospitals through a day of gaming marathons, raised more than $3.6 million during this year’s event.

Several prominent online video gamers joined in the fun by organizing 25-hour play sessions on November 2nd, during which donations to Extra Life were encouraged. One of the channels leading the charge was Rooster Teeth; the popular gaming hub was able to leverage its 6.5 million subscribers to raise a whopping $184,000 during the 25-hour period.

For the second year in a row, Rev3Games joined in the fun, raising over $12,000. Individual YouTube gamers who joined the campaign included Max Gonzalez, Chilled Chaos, Cry Fington and Renee Reynosa; these four creators combined to raise $88,000.

So, in short: YouTube gamers were able to contribute to a huge charitable cause by doing what comes naturally to them. Big ups to all of the creators who participated; together, they smashed last year’s record. We hope the 2014 Extra Life marathon continues the charity’s exponential growth.