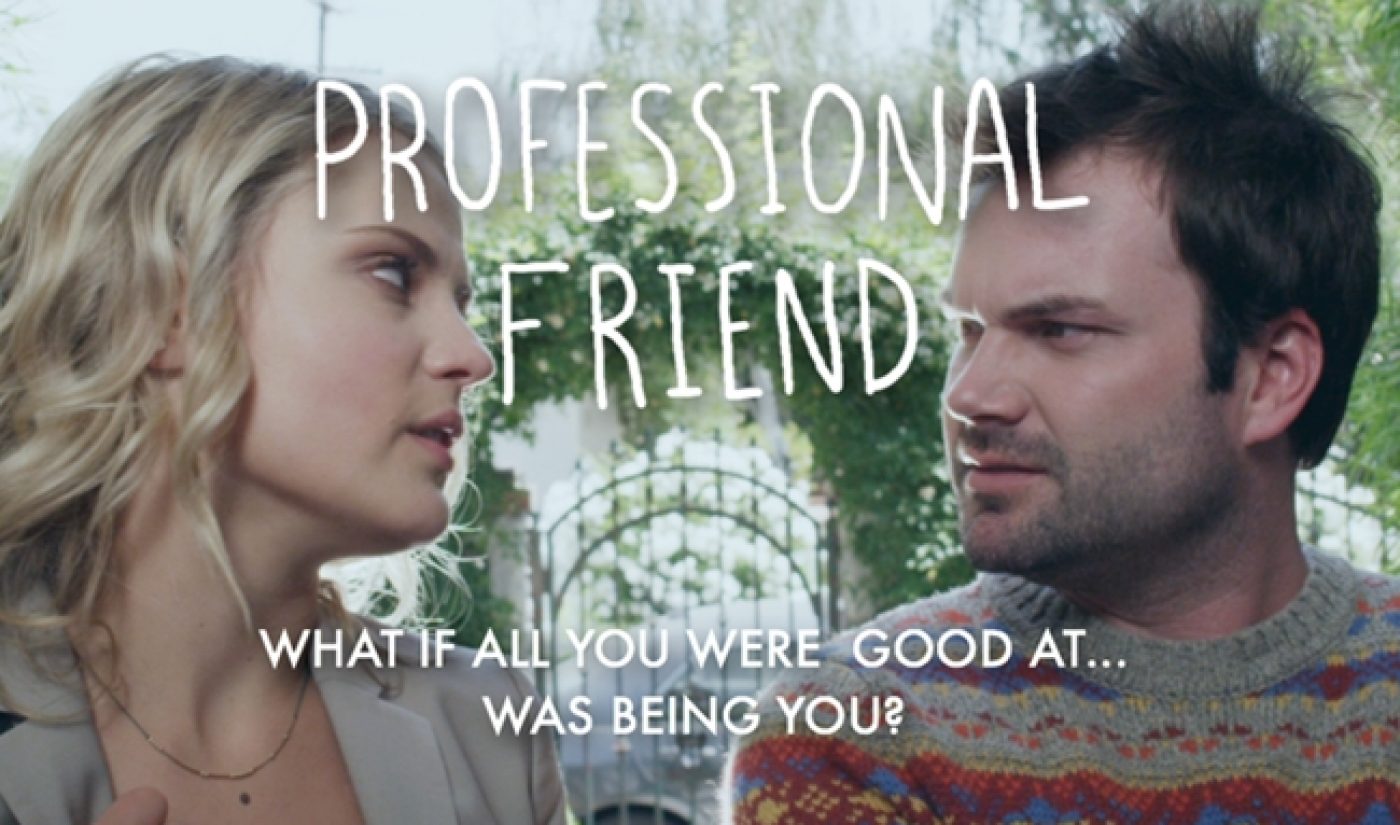 Professional Friend‘s two leads–Jonathan Biver and Sal Neslusan–don’t look remotely alike, but I’m willing to suspend disbelief because they have such an excellent chemistry together. As siblings Larry and Harper, they portray an familial relationship that feels real and honest.

Their bond is buttressed by very adept writing. Bilitch doesn’t attempt to spend every second cracking jokes, and understands that the best comedic moments are the ones born out of well-constructed situations, not sudden gags. Bilitch is patient with his punchlines, and the interstitial space is filled with strong dialogue.

Many indie web series try to do too much, cramming their comedies full of lukewarm humor and constant conflict. Professional Friend, on the other hand, provides a well-rationed combination of comedy and character development. I still don’t have much of an idea as to where the series is going (though we get some hints about the title in the debut episode), but I’m excited to follow along.