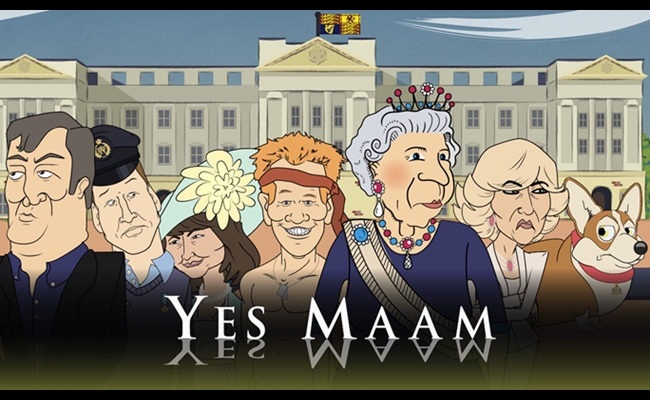 The latest Twitter feed to spawn its own web series comes from across the pond. On November 15th, Yahoo will debut Yes Ma’am, an animated web series based off @Queen_UK, a fictional account for Queen Elizabeth II.

The parody account, which has more than 1.1 million followers, takes its readers through the life of the British Queen as she goes about her matriarchal duties, interacts with her fellow royals, and drinks a significant amount of gin (one of the feed’s running jokes is to refer to 5 PM as “gin o’clock.”) The series will have a similar focus; judging from episode titles we’ve seen, Princes William and Harry will have large roles to complement their grandmother.

Voice actors Kate Robbins and Lewis MacLeod will provide the majority of the voices for the series, which will debut on Yahoo’s UK hub. Weekly episodes will lead up to a Christmas special mirroring the Queen’s real-life address.

“Usually we see characters from TV shows beating a path to Twitter, but we’re trying an alternative approach, creating an online video series for the Queen’s dedicated followers and subjects,” said Dan Watt-Smith, head of video at Yahoo. “Each episode will not only give us a topical angle to promote, but will have long-term appeal, much like her Majesty.”

As a damn Yankee, I’m not sure if Yes Ma’am will lose me as British viewers guffaw over its monarchal in-jokes. I’ll do my best to see things from a Commonwealth point of view when Her Royal Majesty’s first animated adventure hits computer screens.