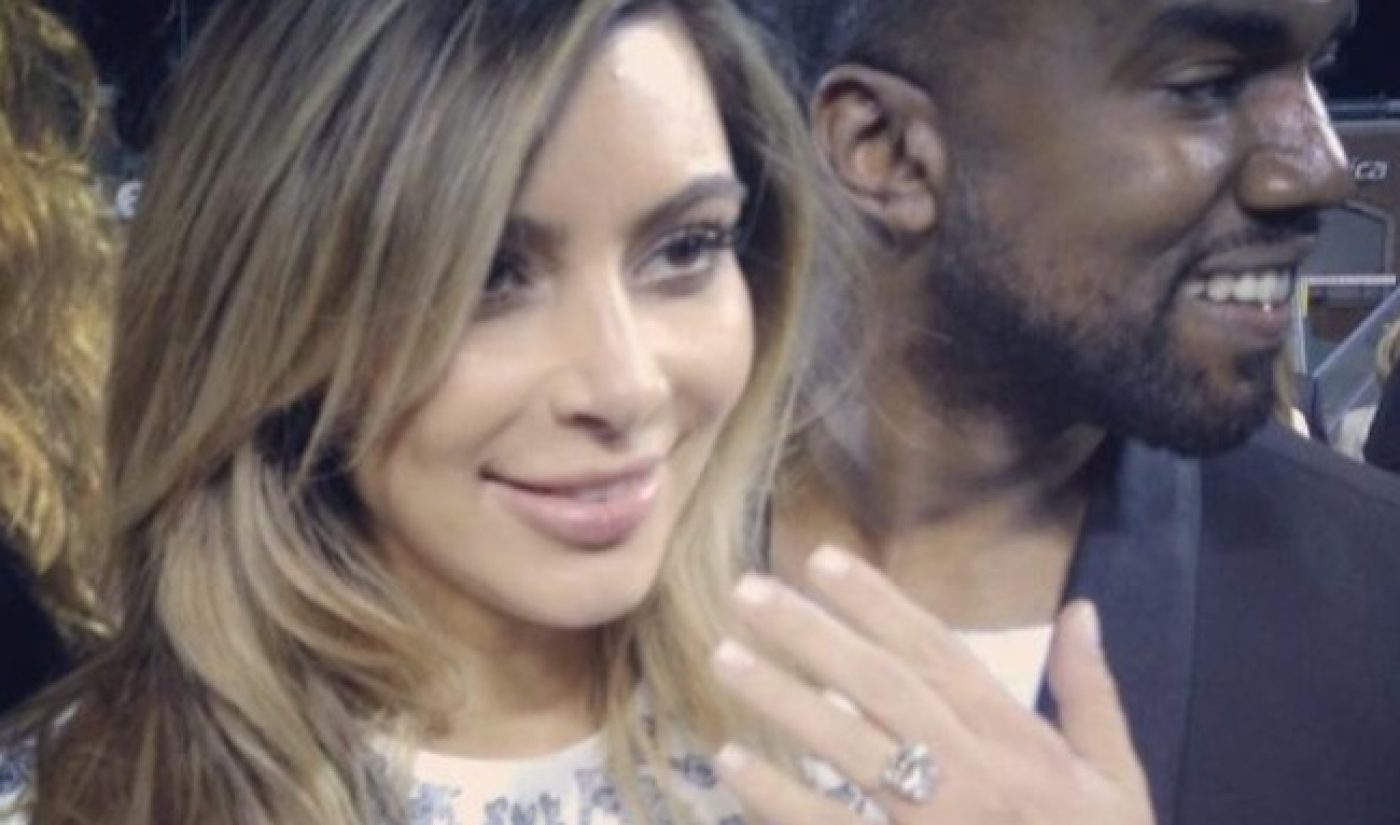 The star of Kanye West’s proposal to Kim Kardashian on Monday, October 21 at AT&T Park in San Francisco was not the #1 rockstar on the planet or the reality-star-slash-burgeoning-retail-and-fashion mogul. It wasn’t the 50-piece orchestra that played Lana Del Rey’s Young and Beautiful and Keri Hilson, Ne-Yo and Kanye’s Knock You Down. Nor was it the 15-carat diamond ring designed by celebrity jeweler Lorraine Schwartz. And it most certainly was not the jumbotron that read “PLEEEASE MARRY MEE!!!” and the accompanying fireworks.

The real star of the Kimye engagement was MixBit.

The online video platform and mobile application created by YouTube founders Chad Hurley and Steve Chen was home to one of the first publicized recordings of the proposal. The video – recorded, edited, and uploaded by Hurley himself (and yes, he was one of the hundred or so attendees) – was embedded into the online news reports of publicity rags that covered the event from around the globe.

Pleeease Marry Mee!!! Congrats Kim And Kanye! is not exactly a viral hit in the same vein as Lazy Sunday, (which helped expose YouTube to the masses and jumpstarted the site’s dominance of the online video sharing space), but it is a viral hit in the same vein as Shaq announcing his retirement on Tout. Now a lot more people know about a particular very well-funded online video and social media startup than they did before. And now Hurley and Chen need to do their best to use the momentum achieved by all the publicity to garner true market traction and consumer pickup of their platform.

The video is currently at 823,000 views on MixBit’s Featured Page and that number is increasing quickly. It’s by far the site’s most popular video and, as far as I can see, the only one yet with a view count to break into the six figures. It also temporarily broke the site.

Congratulations to Kim and Kanye on the engagement, a big congrats to MixBit for capturing all the action, and a note to YouTube CEO Salar Kamangar. Rest assured that when/if you do step down from your current position at the world’s largest video sharing site, one of the perks of doing so is you then apparently have the opportunity to hang out at intimate/family engagements with Kim Kardashian and Kanye West.