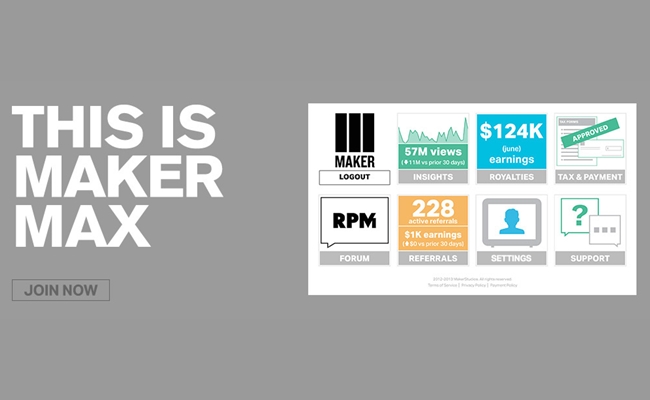 At the Variety Entertainment & Tech Summit, Maker Studios topper Ynon Kreiz laid out his plan for the future of the leading multi-channel network. According to Kreiz’s address, Maker Studios partners will be filtered into four huge units–men, women, family, and entertainment–with existing verticals falling into place among the four categories.

Maker’s verticals already include genre-specific hubs such as gaming channel Polaris, music channel Maker Music, and animation channel Cartoonium, but early next year, Maker plans to build out 20 different verticals which will allow it to carve out homes for 100 different programs across the four units. Organizing partners in this way allow more specific communities to form, making it easier for Maker to direct existing fans to other creators they would enjoy. “Those who have figured out how to program to niches organize themselves in a way that aggregates audience around key demographics and interest groups,” explained Kreiz.

Kreiz admitted that Maker’s new model is based on the structure used by cable TV networks like ESPN and MTV, but he was also clear in his intention to remind his audience that Maker isn’t just copying the TV model. “We try to stay away from the comparison between what we do and television,” he said. “What we do is part of a new medium, the same way that television is different from theatrical films and video games is different from video.”

As it prepares to launch its new strategy, Maker is also planning several changes that will mold the network around its new skeleton. A new creator platform called Maker Max will allow Maker partners to easily manage videos, and Kreiz wants to fill the network with “AAA talent,” similar to existing partners Snoop Lion, Kevin Smith, and Tribeca Films. We’ve already seen more moves of that type through Maker’s partnerships with channels like Mass Appeal. You can expect many similar announcements over the coming months as Maker turns itself into a streamlined, granular platform.