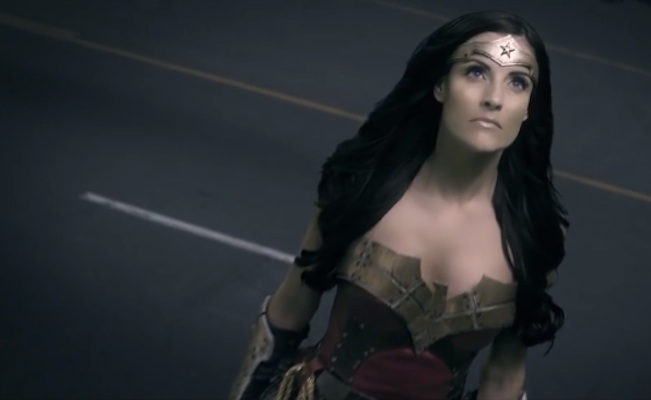 Over the past few months, we witnessed amazing fan-generated content rack up millions of views and get national attention. From the recent Wonder Woman fan film to the latest episode of Super Hero Beat Down, creators are spending large amounts of time and money working on intellectual property that they cannot monetize.

One of the first big hits of the genre on the platform was Batman: Dead End, released elsewhere in 2003 before making it’s way to YouTube, where it racked up plenty more views. One of the next was Kevin Tancharoen’s Mortal Kombat: Rebirth, which Warner Bros. and Machinima then turned into a official web series. MK:R is actually one of the few examples of fan-created content that made the transition into an officially approved and financed series. That trajectory has seldom been repeated. Content created by fans with the use of intellectual property they don’t own generally has a very limited shelf life on YouTube.

While we have seen traditional media heavy weights form partnerships to incubate original IP on YouTube (most notably Machinima’s partnership with Ridley Scott) why have we not seen established companies work with YouTube influencers to rejuvenate franchises that have lost cultural relevance, either by market testing new ideas or leveraging the status of those influencers to establish a presence for the property on the platform?

Mortal Kombat: Rebirth proved YouTube can be an amazing platform to test the vision of a franchise and see if an audience will embrace or reject it. Before the release of the Wonder Woman fan film by by Rainfall Films, the viability of the franchise on television or film was widely criticized. Joss Whedon, legendary comic writer Grant Morrison, and others have weighed in with differing opinions, but in the end there was no evidence that the world wanted to see Wonder Woman on television screens or in theaters.

At least, there wasn’t any evidence until Rainfall Films debuted their video on September 30th. With over 4.2 million views in a relatively short period of time, a few independent filmmakers showed that Wonder Woman is wanted by audiences in a way that traditional media executives could not predict.

Using Wonder Woman as a test case, shouldn’t traditional media companies start thinking outside the box and utilize YouTube influencers to test other properties? It would not only be a way to easily, affordably, and efficiently test a concept or idea, but could result in forming partnerships with talented filmmakers wanting to make the transition from YouTube to film or television.

Those partnerships could also be a great way for companies trying to break into YouTube to gain a foothold.

Last July, Josh Cohen published an article highlighting all the great content on DC Comics YouTube page, but was surprised at how the channel had seemingly no online video strategy. If DC Comics would’ve hosted the Wonder Woman fan film and built it into an audience development strategy, it could’ve been a win-win situation for both Rainfall Films and DC Comics. Instead, Rainfall Films went out of pocket and DC Comics has an eighth of the amount of YouTube subscribers that Marvel currently boasts. This is only one potential partnership that could have made a huge difference to both parties.

YouTube influencers specializing in fan-generated content could be invaluable to media companies, but instead are shunned and kept in the shadows. As the space evolves and people understand how great YouTube can be to farm talent and ideas, this is an area that should be embraced instead of rejected.