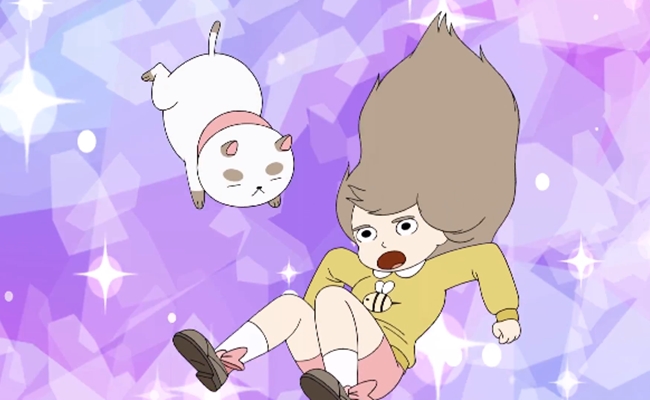 The latest big-name web series Kickstarter campaign comes from Frederator Studios. The company known for producing series like Adventure Time and helming the Cartoon Hangover YouTube channel has launched a fundraising drive for a full-length version of Bee and Puppycat, which debuted as a two-part special earlier this year.

Bee and Puppycat is the creation of Natasha Allegri, best known for her work on Adventure Time. Allegri released the pilot of her cartoon over the summer, and it became an instant hit, scoring nearly four million views to date and drawing plenty of critical acclaim. With Adventure Time still snatching up Emmys and Pen Ward’s Bravest Warriors web series set for its season two debut, Frederator is striking while the iron is hot and seeking a considerable sum of money to fund Allegri’s further flights of fancy.

Should Bee and Puppycat reach its lofty goal, it will become one of the most funded film or video Kickstarter campaigns of all time. Beyond the three Hollywood creators who have hauled in millions on the site, the current top gainer is Freddiew, who picked up $808,000 to fund season two of Video Game High School. It’s quite possible that Bee and Puppycat will eclipse that mark; at the time of this post, it has already raised more than $78,000 in just a few hours of activity. Of course, such success would only guarantee eight or nine episodes. Animation is expensive, guys.

Bottom line: Bee and Puppycat is great, it has my support, and it deserves yours as well. Come on, Internet. Let’s do for Allegri what we’ve done for Lizzie Bennet, Dick Figures, 5secondfilms, and many others.