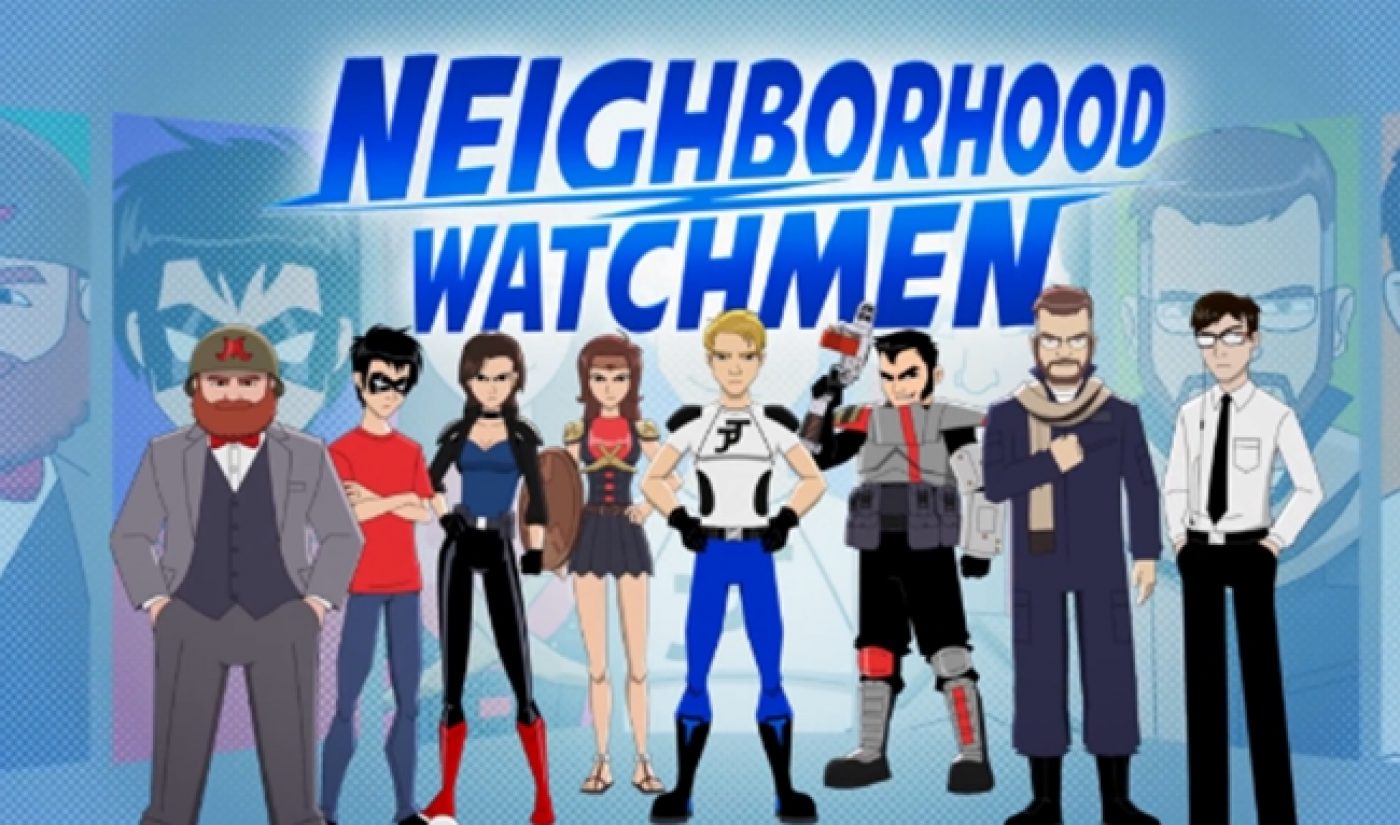 When I reviewed ‘The Awesomes‘, Seth Meyers’ animated superhero web series, I noted how superhero comedy is an easy target because it can easily for the skeleton for workable, funny comedy scenarios. A fairly recent debut has now hit home my point. It’s called Neighborhood Watchmen, and it’s a case study in the ways the superhero genre can be seamlessly worked into a familiar comedy scenario.

In this case, the comedy scenario of choice is The Office. With its use of documentary-style handheld camerawork, its affably human cast of supporting characters, and a bumbling goof in the manager’s chair, Neighborhood Watchmen is clearly reminiscent of the now-classic cringe comedy, but with dorky superheroes in the place of paper salesmen.

It must’ve been a lot of fun for writers Dash Kwiatkowski, Stephen Ku, and David Studebaker to come up with the irreconcilable flaws for each of their superheroes. Neighborhood Watch has a very colorful cast of characters, from a loose cannon who insists he is from the future to an omnilinguist who enjoys talking to everything but humans to my personal favorite, a mind reader who uses his psychic powers to be as incredibly lazy as possible.

Again, the de-constructive superhero comedy is a well-worn genre because it works. It remains an extremely likable concept, and all it needs to succeed are some well-constructed characters and funny dialogue choices. Neighborhood Watch has both–and the result is a welcome addition to a crowded field.