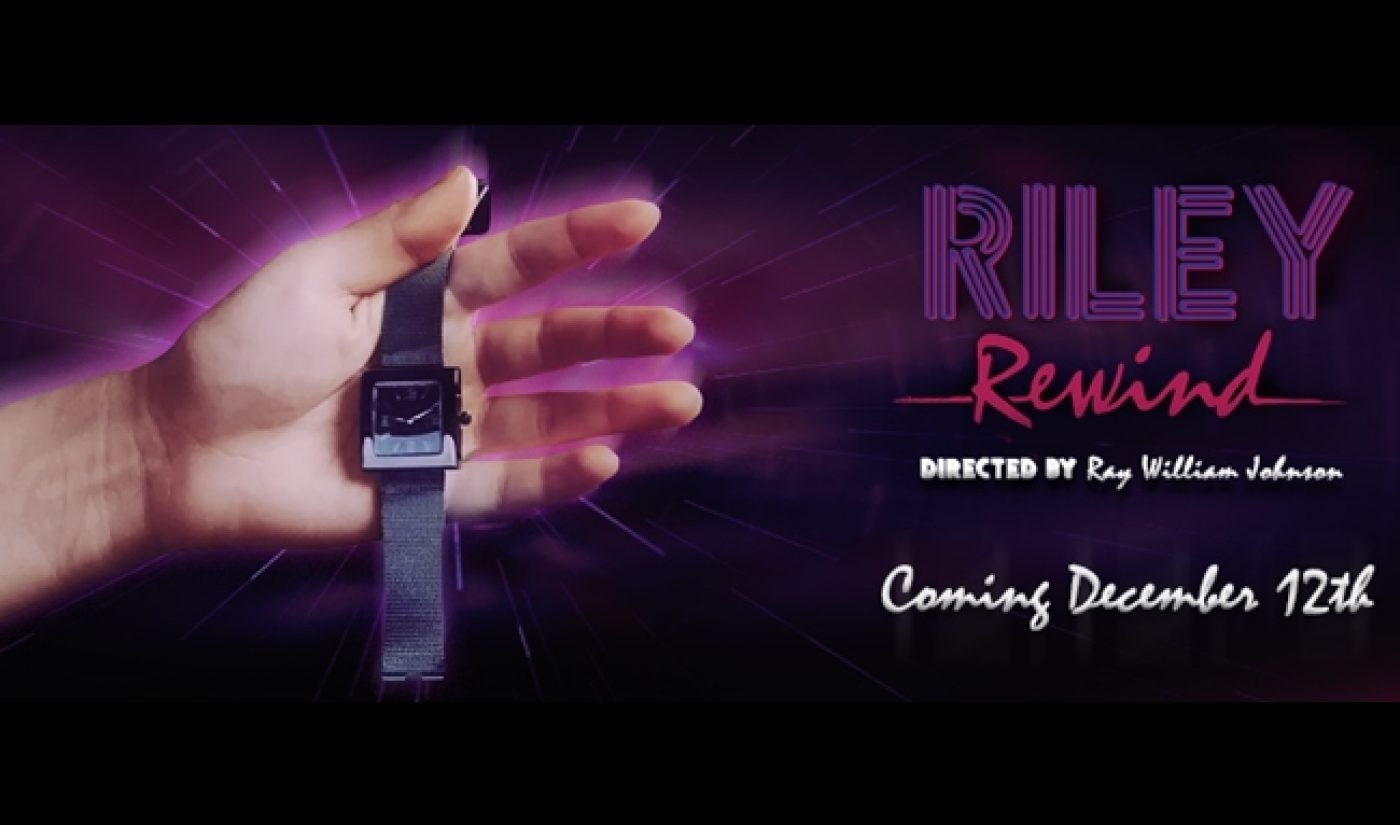 More than ten months after he launched his own studio, Ray William Johnson is set to deliver a new film project. It’s called Riley Rewind, and it will finally debut after a long wait on December 12th.

Upon release, Riley Rewind will be the first significant project from Johnson’s Runaway Planet studio, which he formed last year after his contentious split with Maker Studios. It will star Johnson’s girlfriend and Runaway Planet co-founder Anna Akana as Riley, with both the title and the poster hinting at a time-travel theme.

Johnson also teased the upcoming film at the end of the latest episode of his ongoing web series, =3.

Though details are still sparse, the Riley Rewind IMDB page states that the film will be an impressive 169 minutes long. That’s an serious runtime unheard of for most independently funded web productions. When it releases on December 12th, we’ll see what sort of filmmaking skills Johnson and his gang possess (beyond making fun of silly Internet videos).