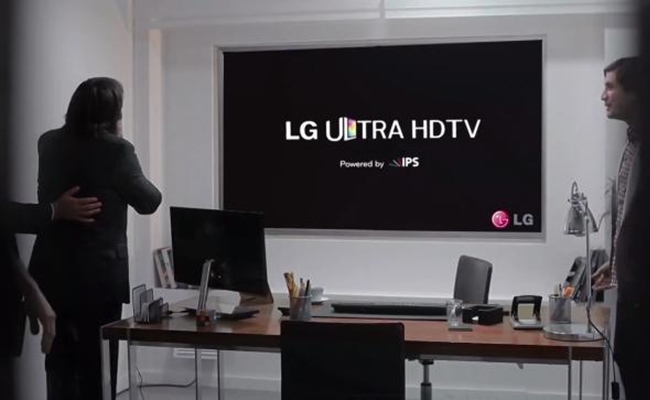 YouTube has released its monthly Ads Leaderboard, and the videos holding the top two spots showcase a pair of flashy tech innovations.

Moto X‘s ‘Lazy Phone’ ad, featuring comedian TJ Miller and playing up the smartphone’s touchless control, took the top spot with more than 15.1 million views, while LG’s ‘Ultra Reality’ spot–which features an 84-inch, ultra-HD TV–was second with more than 11.5 million. Both of these ads featured tried and true marketing methods, with Moto X relying on a funny celeb testimonial while LG went for the classic ‘prank ad’ format, but it comes as no surprise that both featured items are super cool tech gadgets. People on the Internet love their cool tech stuff.

The rest of the top ten featured an assortment of popular viral marketing techniques. Ads for FIFA, EA Sports, and Old Spice used athlete testimonials, Chipotle and right-wing organization Generation Opportunity relied on controversial straw man attacks, and a toilet fragrance company called Poo Pourri mimicked the always fun Dollar Shave Club ads; the result was more than 11 million views and a third place spot on the monthly leaderboard, proving that, on YouTube, smaller companies can and do play with the big boys.

One more interesting note from the top ten: Comedy Central secured the eighth position with an ad featuring Key and Peele, imploring viewers to tune into the sketch show on TV, a strategy that the TV channel has been pushing hard of late. The ad’s high viewcount and solid like/dislike ratio suggests some viewers are listening–unless, of course, they just really like Key and Peele videos on YouTube and will give the thumbs up to any clip from the show.