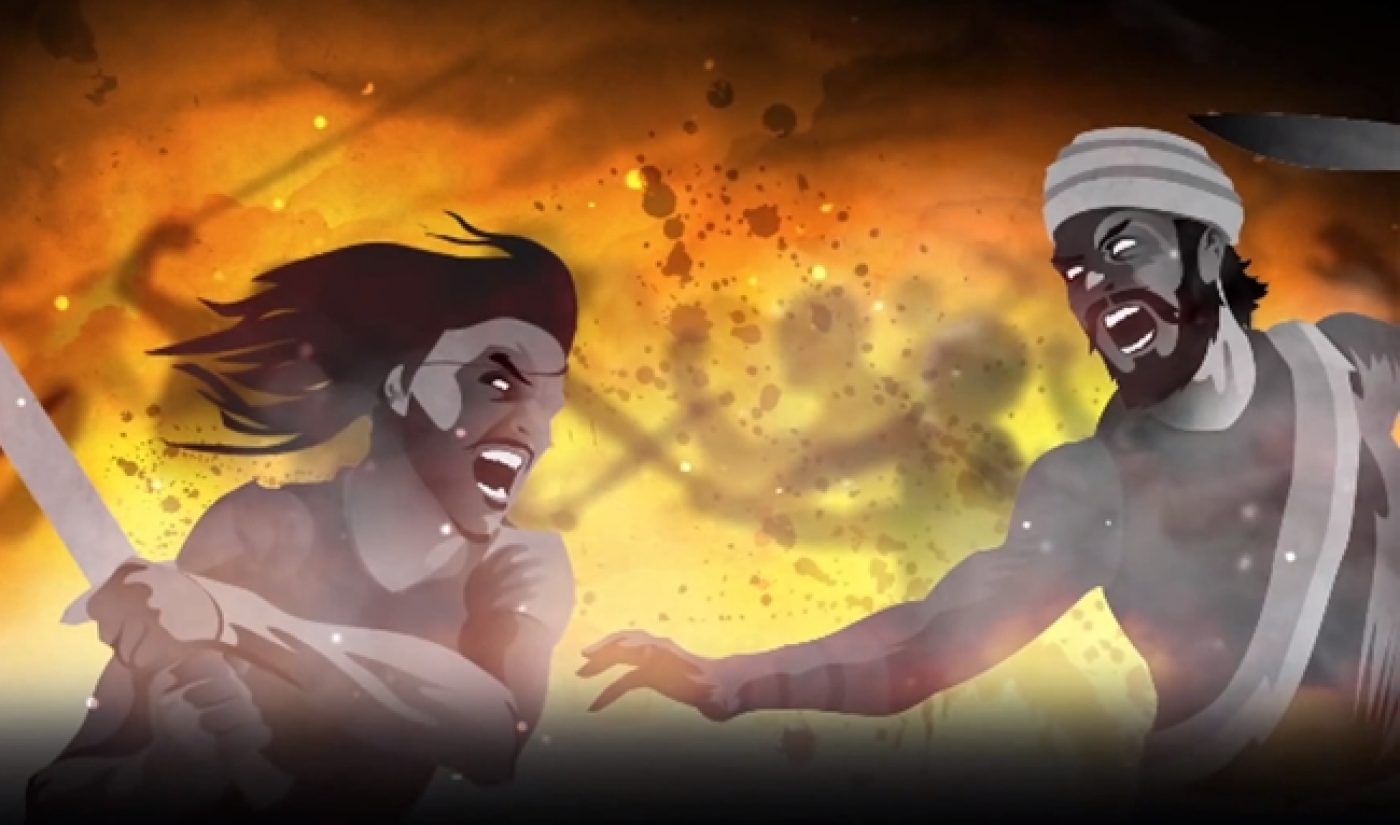 Web companion season is in full swing. As new and returning fall TV shows slowly trickle back onto the airwaves, networks have released a number of peripheral online series; we previously noted notable ones from ABC’s Agents of S.H.I.E.L.D. and AMC’s The Walking Dead, and now NBC is using web content to tease an upcoming premiere. An animated companion titled Dracula Rising provides viewers with some macabre backstory before Dracula hits the Peacock on October 25th.

If you haven’t yet heard about NBC’s Dracula, it will star Jonathan Rhys Meyers as a modern, sexualized version of the iconic vampire. If it isn’t a play to pick up the viewership of the Twilight crowd, I don’t know what is.

While this may seem like a questionable concept, Dracula‘s web companion is undeniably cool. Animated in an artsy manner with plenty of watercolors, it depicts the origin story of the legendary nightstalker, with plenty of splashy blood splotches to go around.

Now that Dexter has met an ignominious end, there’s room for a new web series to fill the ‘bloody animated TV companion’ slot vacated by Early Cuts. Dracula Rising seems up to the task.