Take A Dip With Natasha Leggero In ‘Tubbin With Tash’ 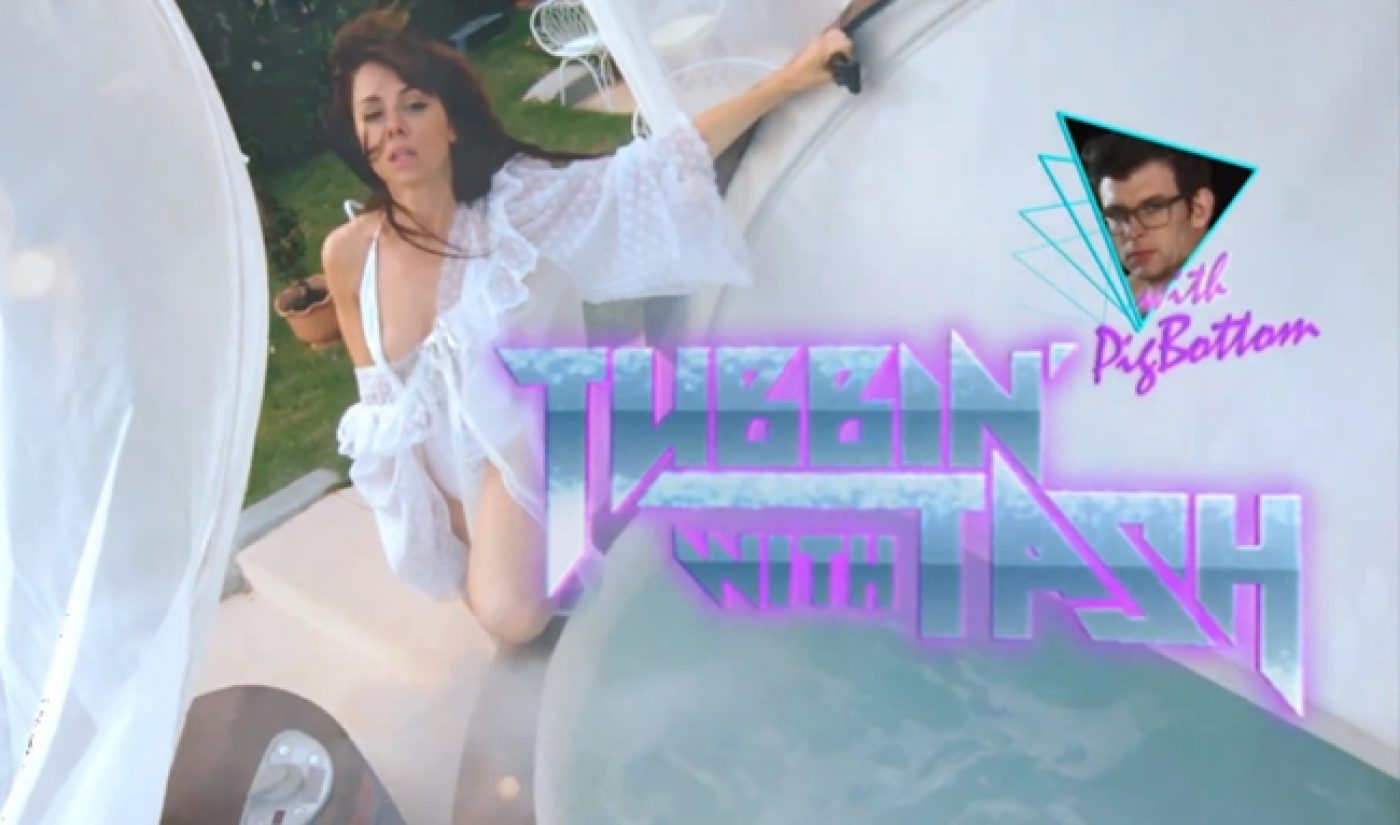 We’ve seen Natasha Leggero pop up in a number of prominent web series in the past year. She starred in Ford-branded series Escape My Life on Hulu, scored a regular role in seasons one and three of Yahoo’s Burning Love, and recently delivered a memorable guest appearance in an episode of Ghost Ghirls. For her next act, Leggero is teaming up with JASH for Tubbin’ With Tash, in which she talks with celebrity guests in a hybrid talk/comedy show set in a pleasant-looking hot tub.

Tubbin’ With Tash looks at first like a talk show, but it is driven more by the personalities of its characters than the substance of its chatter. Leggero’s lead is halfway between the unhinged party animal she played in Burning Love and the seductive madam she played in Ghost Ghirls, and co-star Moshe Kasher has a great little part as Pig Bottom, Leggero’s spa boy.

Of course, there is still some idle chit-chat between Leggero and her guests. The first episode features Chelsea Handler, with the likes of Fred Armisen, Weird Al Yankovic, and Reggie Watts slated to appear in future installments.