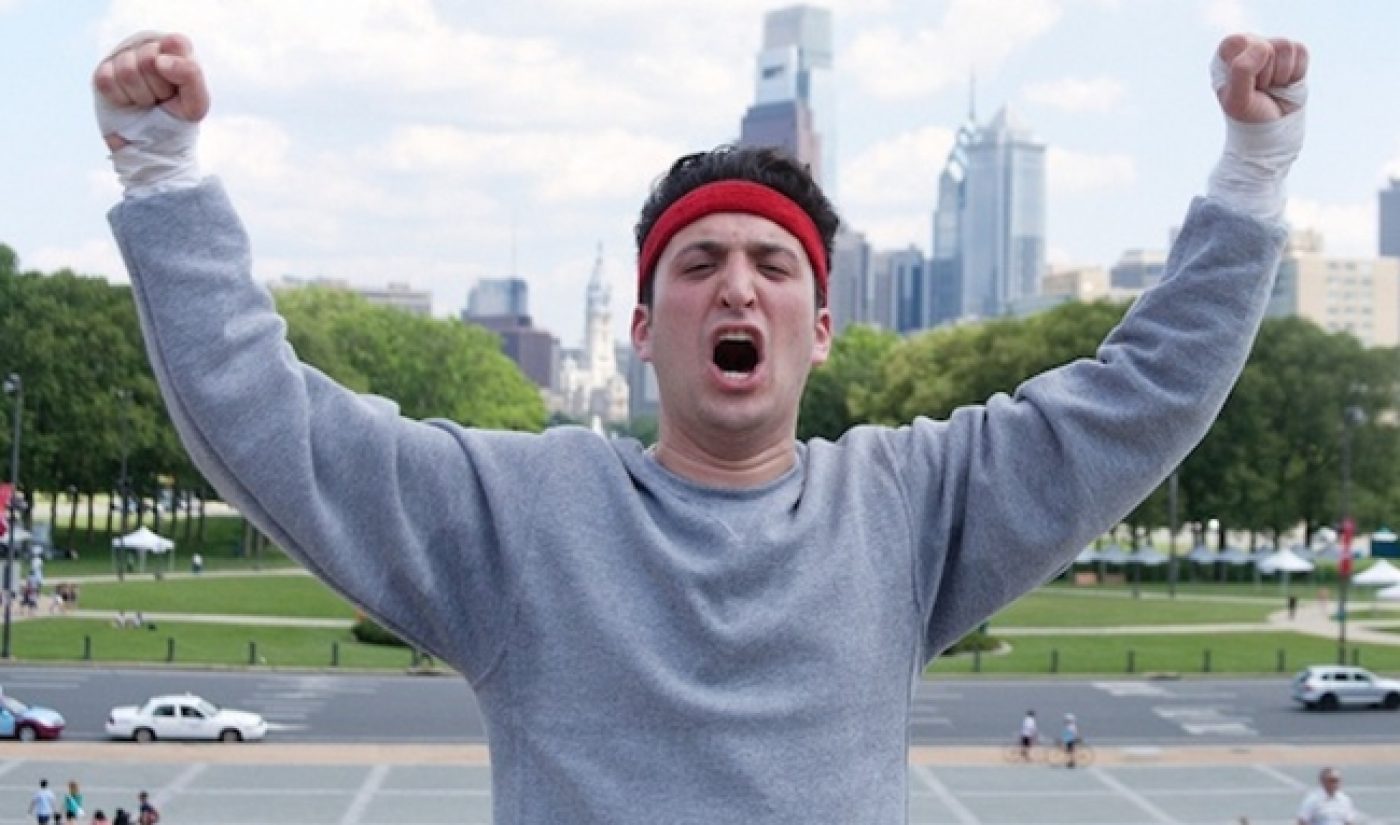 Every week this fall, Improv Everywhere will pay homage to some of its favorite films. The channel famous for its massive, coordinated group stunts has launched Movies In Real Life, a web series that will show off full-scale recreations of famous movie scenes.

Movies In Real Life is based off of two videos Improv Everywhere released in 2010: First, its agents dressed up like the Ghostbusters and leaped into action in the New York Public Library; two months later, they staged the first scene of Star Wars on a crowded subway car.

The new series is a bit tighter with its remakes. The first episode remakes the jogging montage from Rocky and actually features the same locations used in the film. Of course, this being Improv Everywhere, several dozen confederates also join Rocky on his famous run up the steps of the Philadelphia Museum of Art. Unlike CineFix’s Homemade Movies, it’s not a shot-for-shot remake, but as with most Improv Everywhere videos, it’s pretty damn cool.

Each episode will also be accompanied by a behind-the-scenes look at how it was filmed. For the Rocky installment, a blog post claims that a random, quick-thinking street vendor tossed over an orange when he saw a guy dressed as Rocky running by (thus mimicking the original scene), so I look forward to seeing how the Improv Everywhere team reacted to that surprise.

Movies In Real Life will return next Tuesday with an Indiana Jones-themed episode. Which scene will they go with? Will it be the big rolling boulder? The face-melting opening of the Ark? The hilariously one-sided duel? The possibilities are endless.