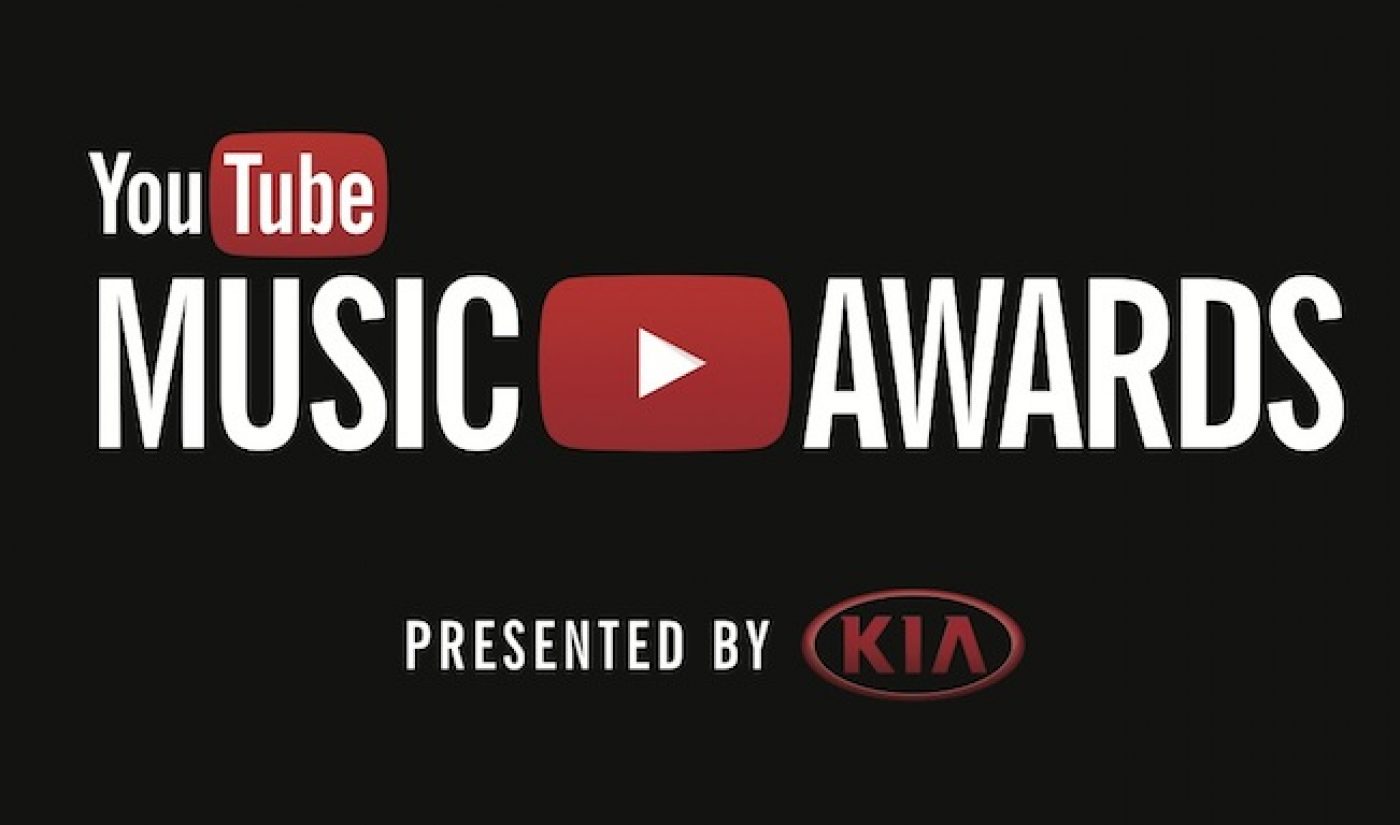 At midnight Eastern Standard Time on Tuesday, October 1, 2013, YouTube announced plans for its first ever YouTube Music Awards. The celebration will honor “artists and songs that YouTube fans have turned into global hits over the past year” with collaborative performances pairing traditional acts like Eminem, Lady Gaga, and Arcade Fire alongside homegrown online video upstarts like CDZA and the Troy Carter-repped Lindsey Stirling. Concerts will stream from locales around the globe – including Seol, Moscow, London, and Brazil – culminating on Sunday, November 3 in a live event at Pier 36 in New York City.

Nominees honored at the epic event will be announced on October 17 and culled from the most-watched and shared music videos from around the world in the past year. The final winners, however, will be determined by the views and social media shares of the music videos (with a presumably heavy emphasis on Google+) by YouTube fans after the nominations announcement.

“From catalyzing careers and pop culture phenomena to propelling a song’s rise to #1 on Billboard’s Hot 100, our global community’s influence is felt across the music industry,” said Danielle Tiedt, YouTube’s Vice President of Marketing. “We’re thrilled to celebrate our fans and the music they love with a whole new kind of awards show –  the first-ever YouTube Music Awards – judged by you.”

Skateboarding music video director and Lower East-sider Spike Jonze is tapped to direct the show, KIA Motors Corporation is attached as the presenting sponsor, Jason Schwartzman will host, and VICE Media and Sunset Lane (which has produced a number of live YouTube events) are on board as executive producers.

“We’re setting out to create a night that’s all about making things and creativity in the spirit of everyone that uses YouTube,” said Jonze. “As well as giving out awards, we’ll be making live music videos. The whole night should feel like a YouTube video itself. We’re getting together a group of amazing artists and filmmakers to do this live ­- tune in to see what happens.”