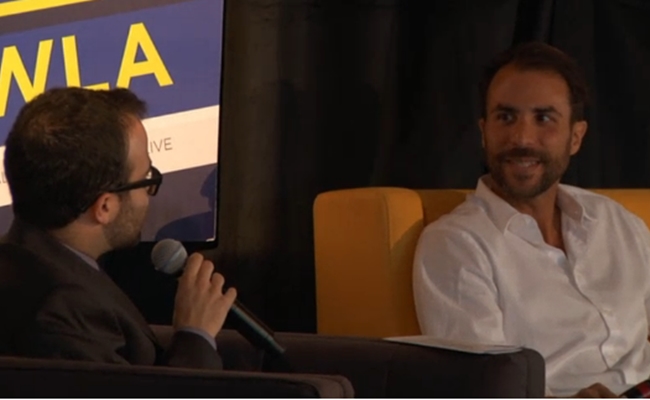 Social Media Week Los Angeles wrapped up on Saturday, but there are still plenty of highlights from last week’s event floating around on the Internet. One of the most worthwhile live streams is Thursday’s conversation between Electus‘ founder, Ben Silverman, and its Director of Digital Media, Evan Bregman.

Silverman is best known for his work as an executive producer at NBC, where he helped bring shows like The Office, Ugly Betty, and The Biggest Loser. His conversation with Bregman begins with The Office, which revolutionized TV comedy (think about how many shows had a laugh track before it vs. after it.) From there, Silverman discusses the similar task he is attempting on the web: How can an online media company take a young, evolving format and change it to create the most desirable product possible?

The full conversation is below. The actual dialogue between Silverman and Bregman begins at the 13:18 mark.