Key And Peele Are Trying To Direct YouTube Viewers To TV 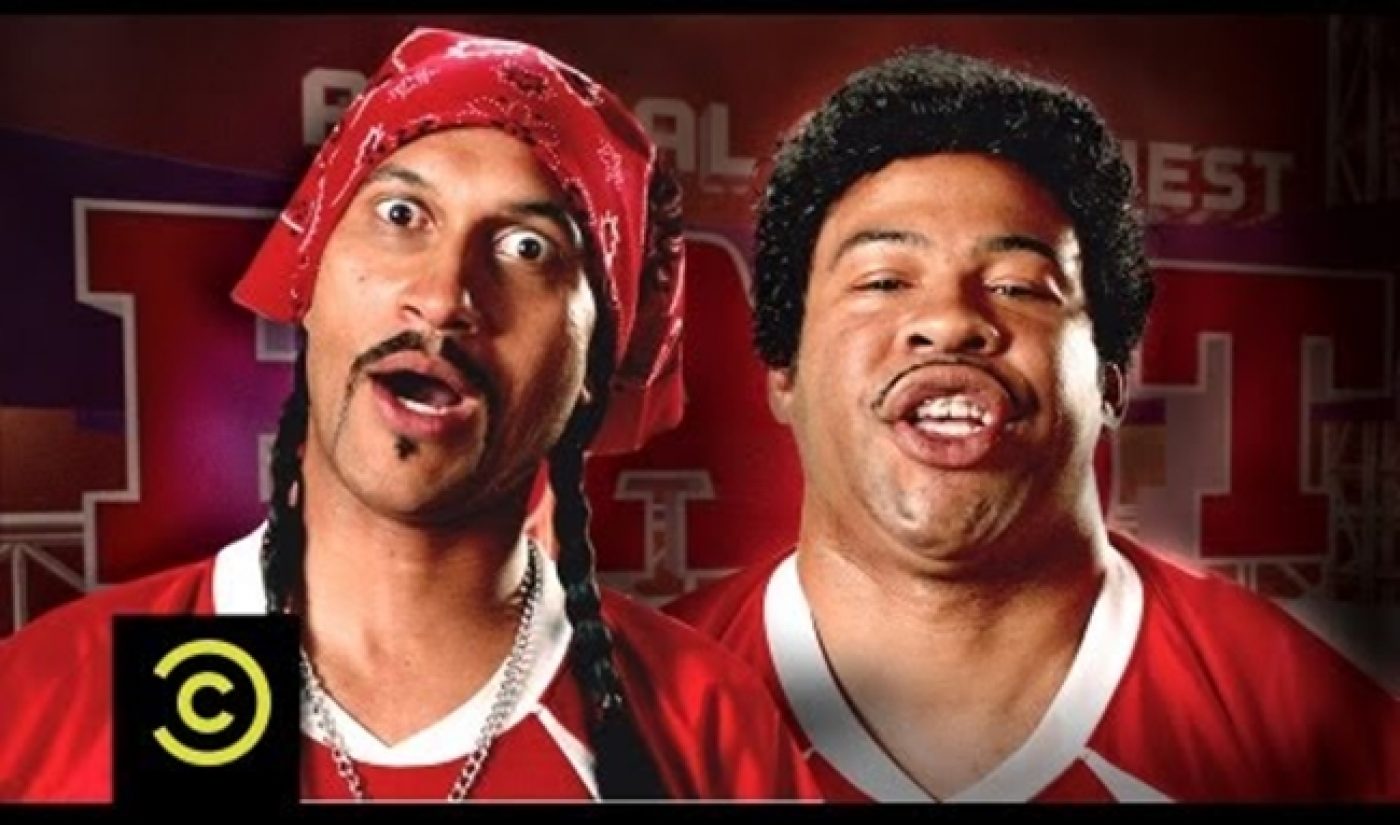 YouTube loves Key and Peele. Most video from the comedy show starring Keegan-Michael Key and Jordan Peele have millions of online views, and many of Comedy Central‘s 2.3 million YouTube subscribers are there to catch the latest sketches as soon as they are posted online. Heck, Key and Peele even showed up in an Epic Rap Battles of History episode and threw Epic Lloyd a cameo in a recent episode.

It’s safe to say Key and Peele are more popular on YouTube than they are on TV; however, Comedy Central wants to change that. With season two now in full swing, fewer Key and Peele clips are finding their way to YouTube, and the ones that do are attached to an opening segment where an announcer says, “We know you like watching Key and Peele on YouTube, but you’ll like watching the whole show even more on Comedy Central.” Then, at the conclusion of each sketch, the two stars appear and give an appeal of their own, imploring YouTube viewers to tune in to Comedy Central by providing a preview of the next episode.

It’s not hard to understand why Comedy Central wants to shift Key and Peele‘s viewership from the Internet to the TV. Despite it’s incredible online viewcount, the show’s TV ratings are unimpressive, and it draws a similar audience to inferior shows like Brickleberry. Of course, why would anyone tune in to a sketch show when the best clips are guaranteed to hit the Internet the next day?

Comedy Central’s big issue (and it does seem to be Comedy Central, not Key and Peele, who are enacting this change) is that the show’s content is catered to the online audience. So far, season two has premiered sequels to some of the most viewed sketches. Most notably, we’ve seen not one but TWO sketches related to the East/West Bowl, which first put the series on many YouTube users’ maps last year.

Comedy Central can’t have it both ways. It can’t draw Internet viewers to TV while also tailoring the show to fit those viewers’ desires. I doubt the ‘watch Key and Peele on TV’ campaign will result in a notable change in ratings, and if Comedy Central decides to take Key and Peele off YouTube entirely, it risks losing the fanbase the show has built up during its run. In a rare reversal of fortune, TV content is serving as the companion to online video. Way to go, Internet.