YouTube’s Comment Section Is About To Get A Lot Better 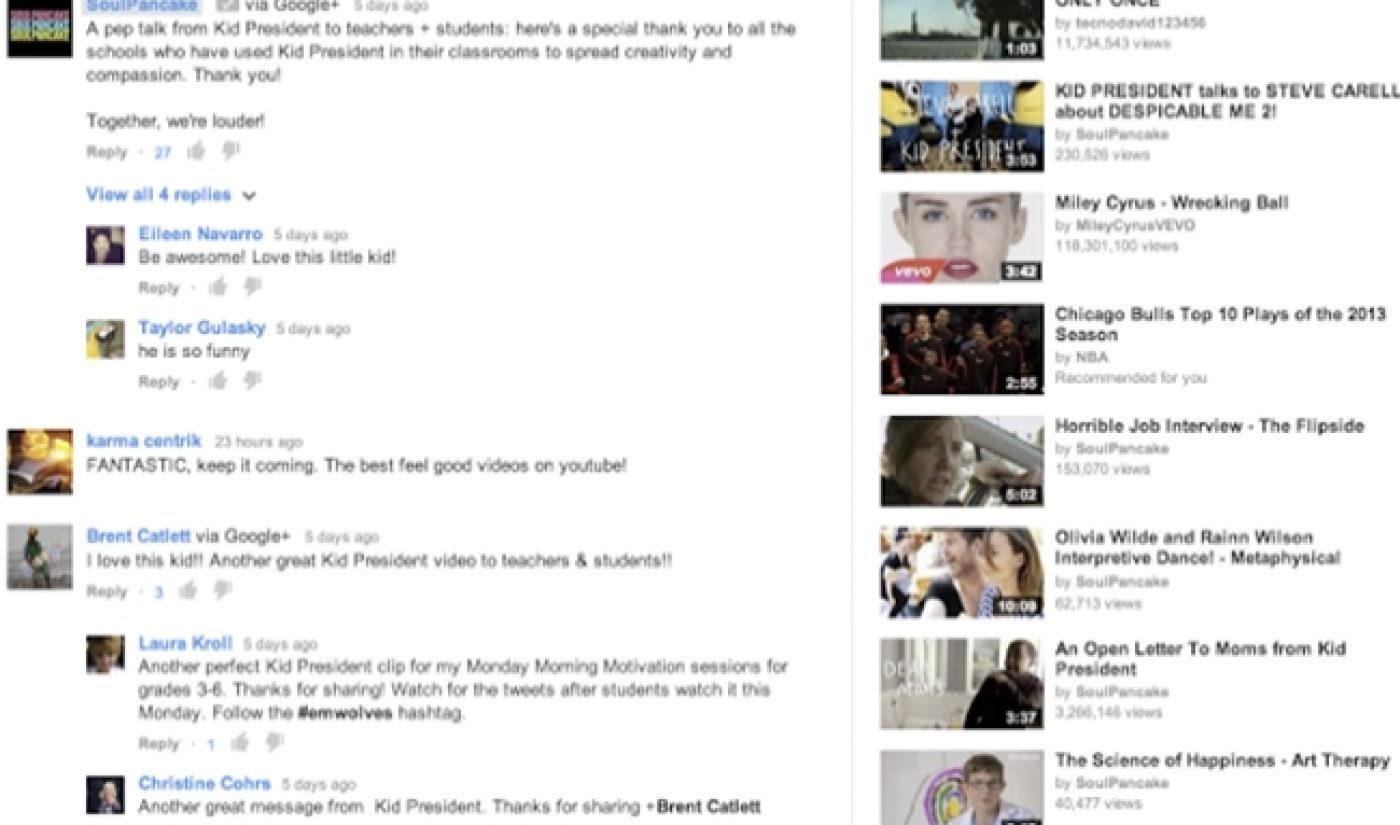 YouTube recently axed the little-used video response feature, but it is about to make text responses much more desirable. YouTube has released a blog post detailing its plan to improve its much-maligned comments section, stating that “comments will soon become conversations that matter to you.”

The fix is simple: YouTube will integrate its comment section with Google+. Through this one change, three new exciting developments will better the user experience:

YouTube Will Highlight Comments That Are Relevant To You

Truthfully, there are a lot of smart commenters on YouTube, and the top comments on whatever viral video is in vogue are often quite funny, clever, and/or insightful. Unfortunately, these comments are regular buried under a host of inferior, narcissistic responses, and the top comments change so frequently that it’s often track down a personal favorite if you so much as refresh the page.

The new system will change that, as relevant comments will automatically be sorted to the top. These top comments will include those from the uploader, those from people in your Google+ circles, and those that the YouTube community has deemed worth recognizing. After years of anarchy, YouTube comments are able to become an able democracy.

Comments Will Be Organized Into Conversations

Of course, even worthwhile conversations often evolve into conversations you personally care nothing about, and even if you do, it is often hard to construct the path between a series of replies. It is so hard to recognize conversations in YouTube comments that the joke “Day 4, low on water, still searching for [insert hard-to-find user here]’s comment” has become one of the YouTube commentariat’s many signature punchlines.

In the new comment section, replies will be threaded (as they are on most other sites). This will allow users to easily join the conversations that are relevant to their interests while entirely ignoring the ones filled with racial slurs and other such hateful remarks.

You Now Have An Actual Reason To Use Google+

Yes, Google+ already has plenty of users, but the new feature gives it a function unavailable on Facebook. The more you integrate your Google+ profile with YouTube, the more enjoyable your commenting experience will be. Not only will more people use Google+, but people will begin to prioritize it for reasons other than pure contrarianism.

The kicker is that YouTube users will still be able to separate their YouTube accounts from their Google+ profiles if they so desire. YouTube product manager Nundu Janakiram, who helped design the new system, put it simply: “You are still allowed to use pseudonyms, [whether you’re] a Syrian dissident or SoulPancake.”

The new comments section is one of YouTube’s most exciting changes in recent memory. With any sort of luck, YouTube users will never again have to see another comment making ill-fitting reference to Adolf Hitler.