ABC Offers ‘Declassified’ Content In Advance Of Agents Of S.H.I.E.L.D. 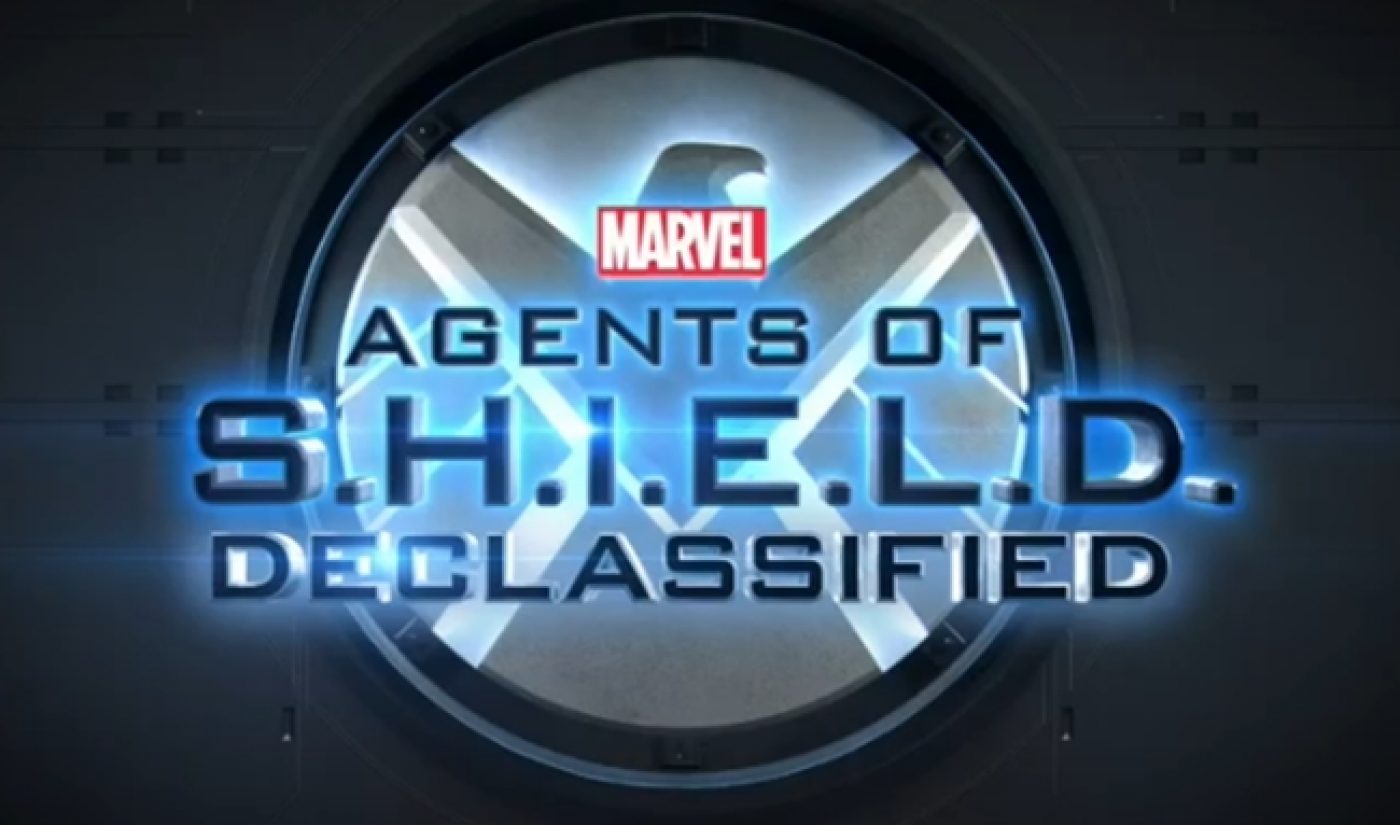 The most highly anticipated TV debut of Fall 2013 has its online companion. Marvel’s Agents Of S.H.I.E.L.D., a Joss Whedon creation directly tied to the talented director’s work on The Avengers, hyped up its September 24th premiere with the launch of Declassified, a web series offering a behind-the-scenes look at the promising new thriller.

In the first episode, host Brett Erlich gives viewers some background on the series so that Marvel Universe novices won’t lag behind Avengers superfans while watching the show. Erlich explains what the acronym S.H.I.E.L.D. actually stands for, gives some background about the series’ premise (which, if you don’t know, is basically ‘Men In Black but with superheroes’), and gets an assist from lead actor Clark Gregg, who plays Agent Phil Coulson on the series.

Basically, it’s similar to all the other web companions that savvy TV producers have rolled out over the last couple of years; however, Agents of S.H.I.E.L.D‘s big budget as wide scope will feed Declassified an amount of fuel unattainable by other similar shows. Joss Whedon’s rosy history with the web series community is also a positive sign that a web series based on his show is fitting to rise above its contemporaries.

New Declassified episodes will arrive each week before each TV episode, allowing intermittent viewers to have a “catch-up session” of sorts. The companion is presented by Verizon and will be available on ABC.com, Marvel.com, WatchABC.com and the Watch ABC app. If you were already pumped about Agents Of S.H.I.E.L.D., I hope Declassified gets you in the mood.