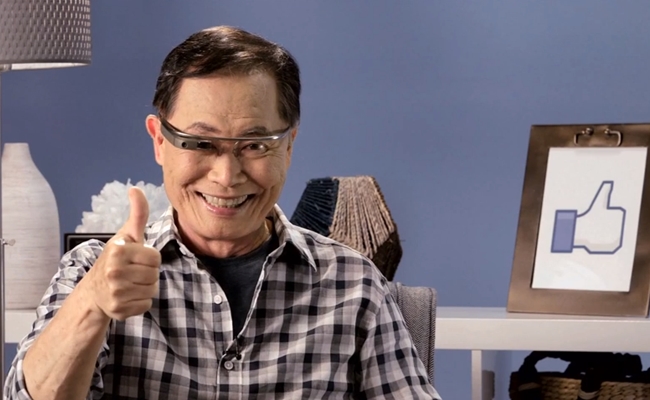 George Takei, who cracked Social Media Week Los Angeles’ 2013 Social25 thanks to his prolific Facebook page and its 4.5 million fans, is taking a crack at YouTube. The candid ex-Star Trek actor is the host of Takei’s Take, a new web series branded by AARP.

The AARP’s involvement suggests that the series is aimed at old fogies, and that is partially true. Each episode will examine a new tech fad such as Google Glass or Tinder, explaining and demonstrating it in a way that even an Internet novice can understand. I hope Takei’s Tinder episode is particularly clear, thus preventing thousands of grandchildren from having to explain the app to their elders at the next holiday dinner.

“Older Americans are living the digital life and they’re hungry for video content,” said Myrna Blyth, editorial director for AARP. “George’s appeal spans generations and viewers are in for a treat as he puts his comedic touch on explaining the latest that the tech world has to offer.” She’s right. A recent study reported that a record number of seniors are checking out online video.

However, don’t be fooled by the sponsoring brand’s target audience; Takei’s Take is hip to the youth as well. The episodes are funny, well-written, and just sarcastic enough, and Takei’s Internet-savvy and fresh perspective translates well to his YouTube hosting gig. The series is co-produced by Fullscreen and Portal A, and the top YouTube network’s presence adds some of YouTube’s most charismatic creators to the mix. In the debut episode, Takei brings in Lamarr Wilson to check out Google Glass.

There are 11 more Takei’s Take episodes to come, with lots more YouTubers set to stop by. David So will discuss Tinder, and Michael Buckley will show up down the line as well. Two new installments will be released each month. Personally, I wish they could be more frequent.