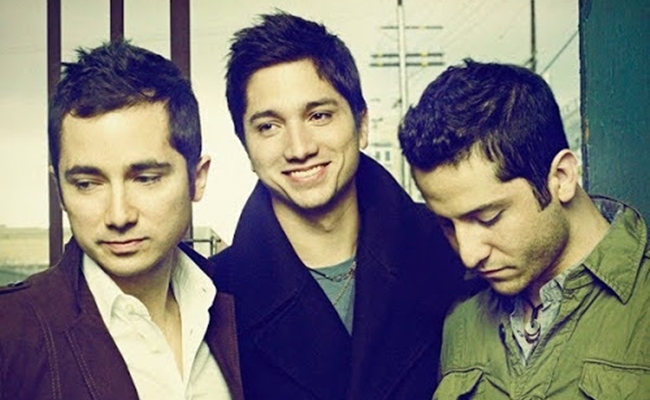 Welcome to YouTube Billionaires, where we profile channels that have recently crossed the one million subscriber mark. There are channels crossing this threshold every week, and each has a story to tell about YouTube success. Read previous installments of YouTube Millionaires here.

Boyce Avenue built a huge audience on YouTube by offering up passionate renditions of popular songs, but the band’s recent activity has seen it explode off of YouTube. It is currently in the midst of a world tour, and many of the upcoming dates are sold out. At the same time, Boyce Avenue continues to have a massive presence online, where it recently scored its billionth view. We talked to brothers Alejandro, Daniel and Fabian Manzano about their exploits both on and offline.

Tubefilter: How does it feel to achieve one billion views? What would you like to say to the fans who have helped you reach this milestone?

Boyce Avenue: It is a difficult number to really wrap your head around honestly. It is humbling and inspiring. We are blown away by the support of our fans and hitting this number is proof that they spread the word for us and help us get our message/music out there by sharing it with their friends. We never take them for granted!

TF: What role has YouTube (and your audience there) played in helping you develop your sound?

BA: It’s a very creative space that has allowed us the luxury of getting to really show our fans many different facets of our musical tastes. The traditional way was to release an album on a 2 year cycle or so, but we have been able to release more product and do so more gradually over those two years which has given us the liberty to try knew things and change up our arrangements and evolve with our fans daily instead of having to necessarily live off of one sound for 2-3 years.

BA: We really do because it is still a relatively new and misunderstood platform, and we feel like we are in the trenches together. Many people don’t realize how much is involved in running a YouTube channel but all YouTubers are aware. It’s amazing to watch the community grow year after year.

TF: At this point, are you guys more focused on your original songs or your covers?

BA: Right now we are hard at work on finishing our 2nd full length original album. We love the challenge of doing creative covers and our fans really seem to enjoy them but nothing feels better than having your lyrics/message sung back to you while performing live. That is where our heart lies. We love touring and getting our own message out there and connecting on a deeper level that way.

TF: If you could tour with any single musician/band, who would you choose?

BA: We would love to tour with Coldplay. Just the magnitude of a tour like that and the level of professionalism is inspirational. It is what just about everyone strives for and dreams about. I just feel like we would love to take it all in and learn as much as possible from them.

TF: Who is one musician who deserves to have a larger YouTube following than his/her current audience?

BA: We signed an artist to our own label, 3 Peace Records, late last year named Hannah Trigwell. She is from Leeds, UK and is a phenomenal talent and it has been amazing to watch her grow as an artist over the last year and to watch her channel garner more and more attention. But we feel she has a timeless talent and message that deserves to be heard for years and years to come.

TF: Why do you guys prefer to release your music independently instead of signing with a label?

BA: Well we were actually with a label for about 9 months back in early 2010 and it just wasnt the right move for a band like us. A big part of what we love about being independent is that we have more control over our creative decisions and the paths we choose to take. We have a strong vision of how we want our brand/band to be experienced and so being independent allows us to share that vision directly with the fans without having to worry as much about red tape or politics. It not only feels more personal and intimate but it just feels more efficient and far more rewarding.

TF: Any plans to return to the studio after your tour wraps up?

BA: Absolutely! We are actually in the processes of building out a studio space in our hometown of Sarasota, Florida. So that should be well underway by the time we get back home. We can’t wait to continue working on the new album and then hit the road again with new material!