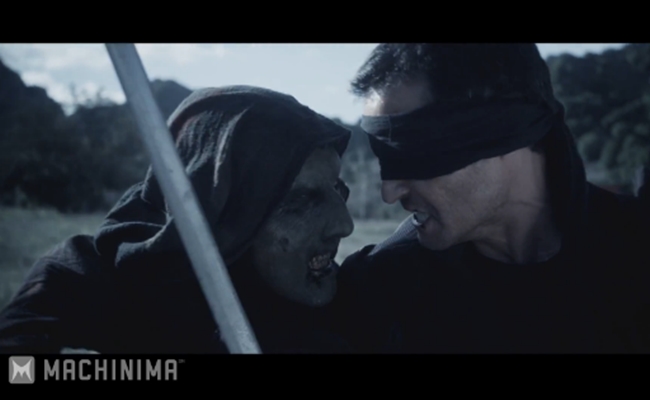 ‘Mortal Kombat: Legacy II’ To Do Battle On Machinima On September 26th

One of 2013’s most anticipated web series is two weeks away from making its debut. Mortal Kombat: Legacy II, Kevin Tancharoen‘s long-awaited follow-up to his 2011 smash hit video game adaptation, will premiere all at once on Machinima on September 26th.

The series where continue where MK: Legacy left off and will feature a massive tournament between all of your favorite Mortal Kombat characters. To hype up the release, Tancharoen has released a second trailer, which rolls through nearly three minutes of intense action. There will be fighting, there will be magic fireballs, and, of course, there will be blood (and not the Daniel Day Lewis kind).

Beyond the fatalities, Mortal Kombat: Legacy II will also be one of the first Machinima releases to debut all at once, a trend popularized by Netflix’s recent series. “We decided to deliver all of Mortal Kombat: Legacy II at once,” said Machinima CEO Allen Debevoise. “There is no need to wait to see what happens next, [our fans] can enjoy everything back to back. With companies like Amazon, Hulu, Netflix, and HBO GO as destinations where consumers can watch multiple episodes consecutively, binge-viewing is a major movement in online video. We’re a part of this movement, and we expect this to make for an amazing and extremely engaging user experience.”

Simultaneous release or not, MK: Legacy II looks great and is going to score a ton of views. Even if it is somehow not good, it still has the Iron Chef chairman in it, and that’s all that matters to me.