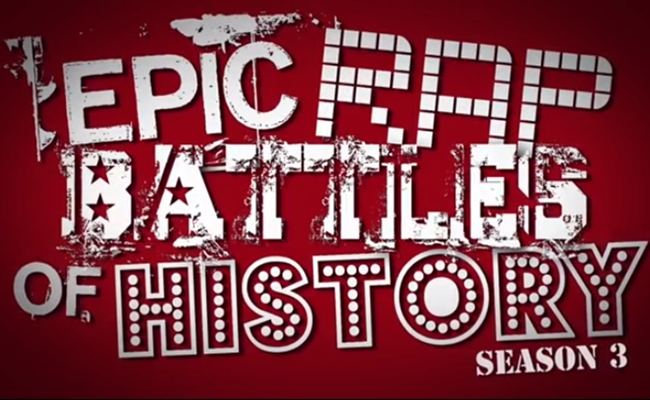 More than four months after Epic Rap Battles Of History‘s second season wrapped up with an all-Russian showdown, Nice Peter and Epic Lloyd have posted a video announcing the arrival of season three. The first of the new batch of episodes will arrive on October 7, and as the video notes, “this time…it’s pretty much exactly the same.”

There’s no word yet on which battles will be included in season three, but judging by the appearance of Vader and Hitler in the promo, Peter and Lloyd are clearly planning to run that classic battle for the third time.

Though it hasn’t posted an episode in a while, Epic Rap Battles of History has had a great summer, surpassing both six and seven million subscribers in the span of a couple of months. Currently, ERB has an impressive 7.1 million subs, good for 10th best on YouTube (disregarding the site’s auto-sub channels). Most impressive, ERB has reached that position despite posting just 26 videos; The next smallest library in the top ten belongs to Chilean vlogger HolaSoyGerman, who has posted three times as many videos as ERB.

PewDiePie’s rise to the #1 spot on YouTube’s subscriber leaderboard shows off the power of consistency and regular, frequent posting, but ERB has taken a completely different approach to YouTube superstardom. Instead of inundating their subscribers with videos, Nice Peter and Epic Lloyd have taken the time to put out a superb product, ensuring their videos will be of the utmost interest to fans. Given the period of time between seasons two and three, I expect ERB‘s excellent quality to continue.