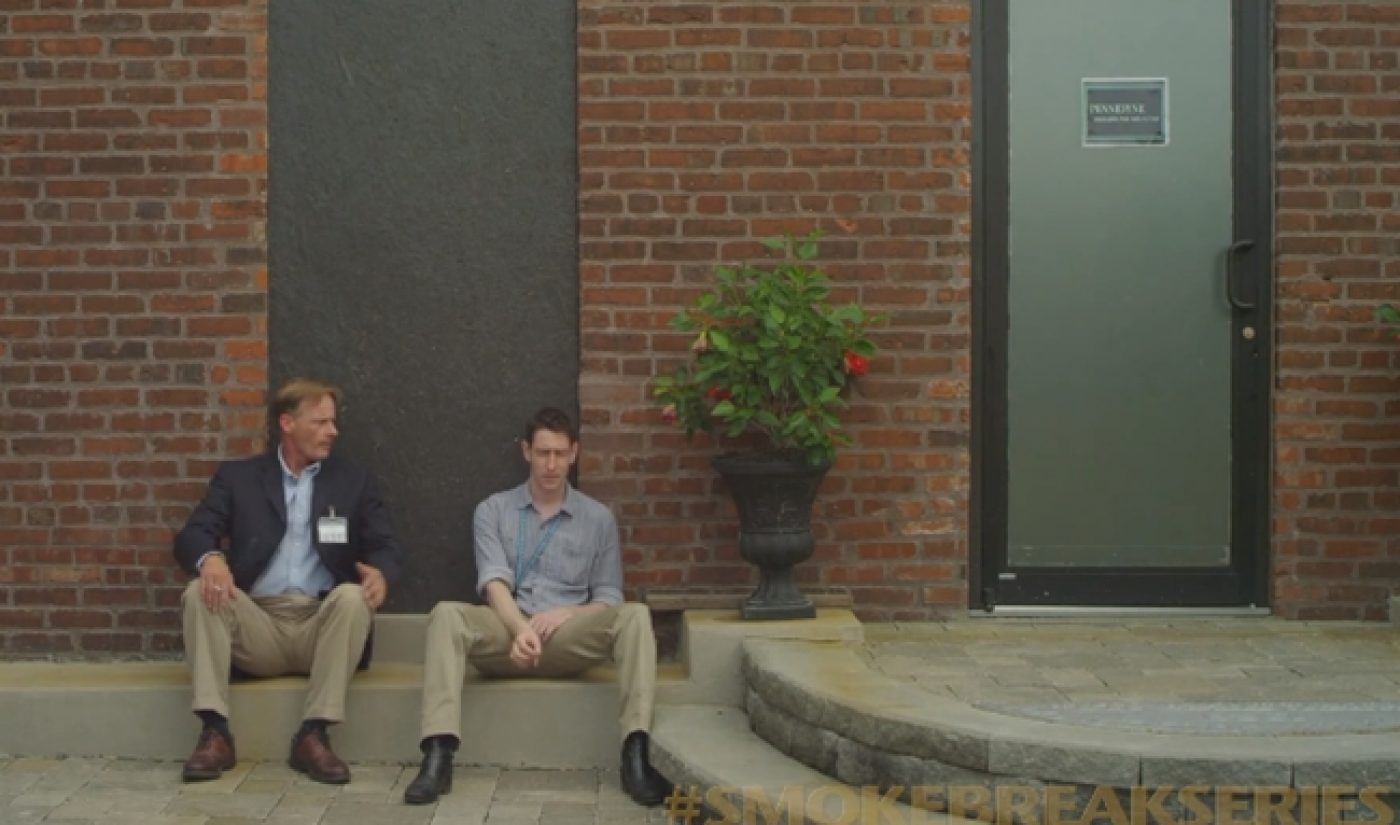 The average indie web series runs for single-digit episodes, but that is far too few for Smoke Break, a new offering from writer and director Kendal Sinn. Instead of playing out across a few long installments, Smoke Break will delve into its 40 characters’ lives across 115 short vignettes, each one taking place in the alleyway behind a nondescript office building.

Smoke Break‘s characters are all employees at Pennidyne, which sounds like it was spat out of an evil corporation name generator. Each episode ranges from two to five minutes and features a conversation between two to four characters, all of whom have stepped out for a quick smoke. Most episodes end with a character returning to his or her job and/or another one taking his or her place.

The writing is sharp, but it’s the round characters who make Smoke Break shine. There’s Ryan, a  disillusioned office slacker; Bill, a deceitful and sarcastic gentleman; Bobby, a passive, unassuming future husband; and many, many more. Though these characters only spend a few minutes on screen, their writing and acting builds them into interesting figures.

Smoke Break‘s 115 episodes will play out until Valentine’s Day 2014; without a doubt, this is experimental, fascinating stuff, and just the kind of series that belongs on the web. I only hope its characters live long enough to see the finale. Smoking is bad for you, kids.