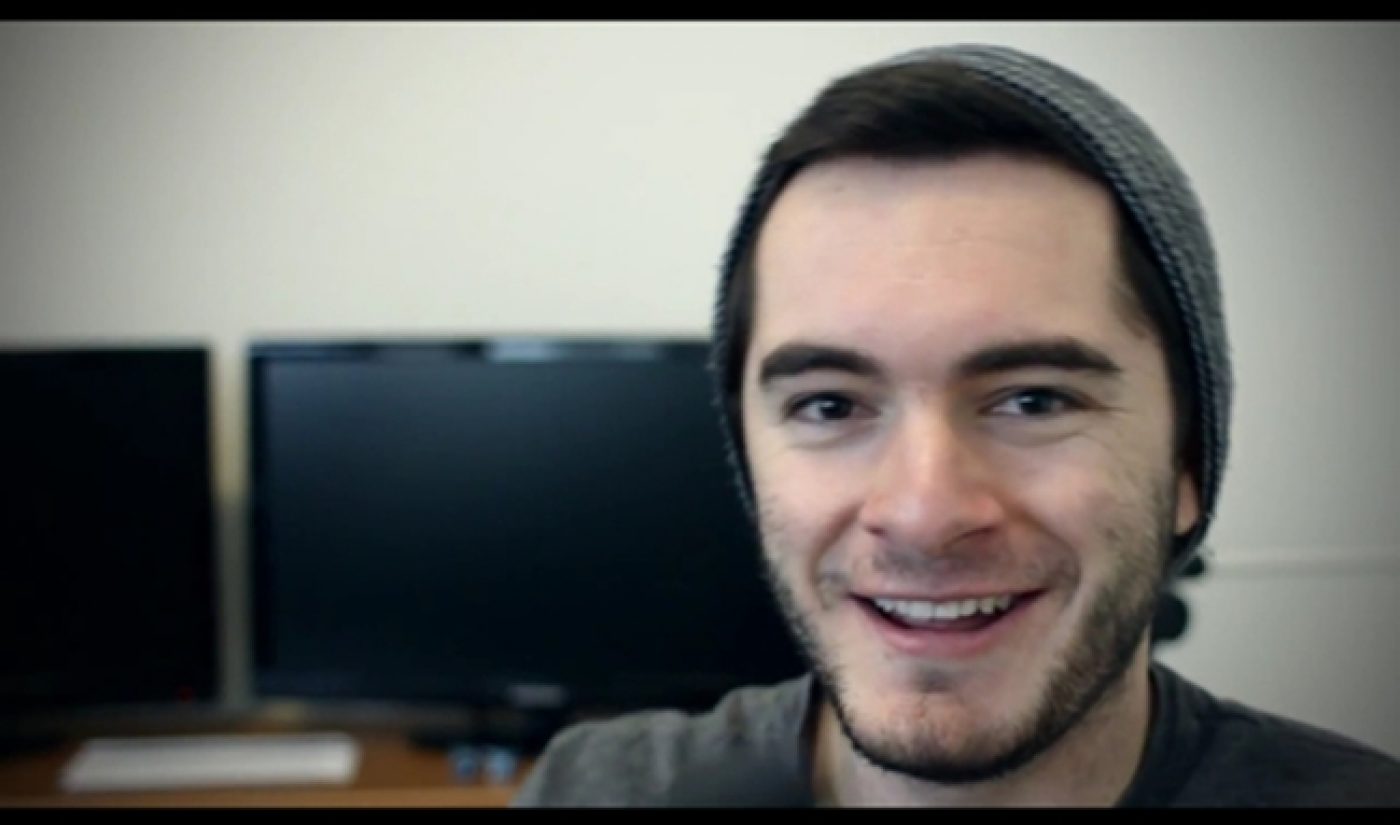 Welcome to YouTube Billionaires, where we profile channels that have recently crossed the one million subscriber mark. There are channels crossing this threshold every week, and each has a story to tell about YouTube success. Read previous installments of YouTube Millionaires here.

By surpassing one billion views, Captain Sparklez (real name Jordan Maron) has become only the fifth solo gamer to reach ten digits (the other four: PewDiePie, SkyDoesMinecraft, UberHaxorNova, and Toby Games). The 21 year old California native is best known for his Minecraft-constructed music videos, which regularly score tens of millions of views, but he is a prolific YouTube gamer with more than a thousand videos to his credit. We spoke to Maron about his YouTube success.

Tubefilter: How does it feel to know that your videos have been viewed more than one billion times?

Captain Sparklez: It’s a bit surreal, starting out three years ago I can’t say I’d ever have imagined reaching such a huge number of people. The gaming scene on YouTube has simply exploded in popularity over the past couple years, and I’m honored to occupy at least a small niche within that community. I’ll continue to do what I’m doing, try to keep improving, and hope the best is yet to come.

TF: When did you first discover Minecraft, and what do you think makes it so great?

CS: I think the fact that Minecraft is so open ended is what has allowed it to appeal to such a wide audience. There is no single way to play and there is such a huge amount of community generated content available to try out. Someone can choose to play single player with the intent of defeating the ender dragon, jump on a server with friends and play multiplayer mini games, or switch to creative mode and build whatever they can imagine; the variety is virtually limitless and part of why I’ve continued to play since August 2010.

TF: When making Let’s Play videos, are you consciously focusing on making particularly interesting commentary or are you just playing the game and letting the commentary come naturally?

CS: I wing it, more or less, and simply react to whatever situation presents itself. I think planning my conversation ahead would result in forced-sounding commentary that wouldn’t be as appealing. I don’t consider myself too witty on the fly, but whatever the case, I guess at least a few people out there are content watching me just as I am.

TF: How long does it take to make each of the Minecraft music videos? What songs would you like to Minecraft-ify next?

CS: The music videos generally take anywhere from a month to three months to create, as 3D animation is no small task. Fortunately I’ve had huge amounts of help from several other very talented individuals who make the projects possible, else that one month to three month time period would turn into years. Last weekend we released the first music video we’ve done for an original song, and unless there is some sort of drastic change, that will be the approach from this point on.

TF: Beyond Minecraft, how do you choose the games you play? Have you ever thought about focusing more exclusively on one particular game?

CS: I’ve always liked to maintain a certain degree of variety in my uploads both for my own sanity as well as to avoid backing myself into a corner in having an audience that only expects videos from a single game. While Minecraft is still the most popular game on my channel and possibly YouTube as a whole, the future is always uncertain, and I think it’s important for a channel’s primary appeal to be the person making the videos, not the game being played.

TF: You’ve been one of the most regular guests on The Fine Bros’ YouTubers React. What do you enjoy most about appearing on that show?

CS: I had watched their Kids React show many times long before ever being contacted by them to appear in YouTubers React. Needless to say, it was a flattering offer that I was glad to accept. It’s a relatively brief time commitment on my part as well as the other YouTubers that the Fine Bros are able to turn into a very entertaining and well received final product.

TF: Do you see yourself staying on YouTube long term or would you like to expand to other areas?

CS: I consider myself fairly ambitious, so if the opportunity presents itself to expand off site, I’ll certainly test out the waters. I’ve always seen myself as a more behind the camera person, which is ironic given what I’m currently doing, but long run I could see myself branching off into a producer role, much like what I do for the music videos on my channel.