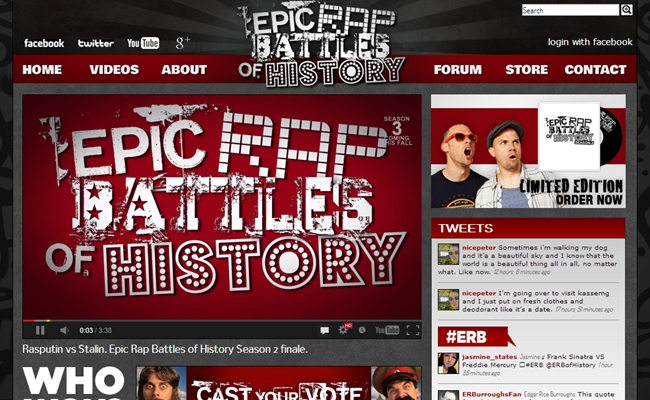 Here’s What Maker Studios Is Going To Do With Blip

A report recently surfaced linking top multi-channel network Maker Studios to Blip, thus confirming the speculation that Maker would begin to engineer a platform of its own. Its all-but-official acquisition begs the question: What are the network’s plans? How will it use its new toy / eight-year-old online video sharing site and distribution service? While both Maker and Blip are declining to comment on the impending transaction, we came up with three developments we believe will arise from the high-profile acquisition:

Maker is going to make a ton of sites for its creators.

In keeping with the most important YouTuber trend of the past year, Maker will surely assist its creators as they attempt to lessen dependence on YouTube and find alternative revenue streams across the web. The network recently helped build sites for partners like Epic Rap Battles of History and The Yogscast. Expect a lot more of these sites – with independent URLS outside of YouTube – to hit the web soon.

These sites will all house the same kind of programming that may already be readily available on YouTube, except they will be using a different player. Non-YouTube video players can direct some clicks away from YouTube (as Collective Digital Studios creators have seen since their network’s acquisition of Metacafe). Those clicks also have the potential to be more lucrative as they aren’t subject to the YouTube revenue split. A dedicated online video ad sales team may also be able to get better ad rates than the current salesforce at Google.

It helps, too, that Blip has a lot of experience powering third party pages (e.g. The Pet Collective). It’s only a matter of short time before we see PewDiePieBroFistFTW.com (or something like it) online with videos powered by Blip’s player.

Blip’s creators will be absorbed into Maker.

Blip, while not matching Maker’s impressive roster of talent, can claim a few top creators among its partners. Namely, That Guy With The Glasses and the other creators and shows under the Channel Awesome umbrella could begin to establish a bigger presence on YouTube. Some of these culture-crazy nerds have already reached a six-figure subscriber count via The League of Super Critics, but with Maker’s help, that number has the potential to get much, much bigger.

We can also add a bit of pure conjecture to this prediction: Since most of the Channel Awesome creators post long episodes (over ten minutes long), they could potentially help Maker up its watch time – the only online video metric where it trails both Fullscreen and Machinima.

And it’s worth repeating that recent Blip addition Ray William Johnson may be re-absorbed into the network with which he has feuded for almost a year. Hopefully everyone can get along this time around.

Maker will gain a bigger presence on the East Coast.

Maker, like most YouTube-focused MCNs, is based in LA and runs only a peripheral office in New York City. Blip, on the other hand, has its main corporate offices in the Big Apple. When YouTube opens up its new creator space in NYC, there will be plenty of new opportunities for the site’s top creators, and Maker would therefore be wise to position itself as the East Coast’s go-to MCN. By picking up Blip’s offices, manpower, and immediate access to all the advertisers on Madison Avenue, it will do just that.

Agree with our predictions? Disagree? Feel free to leave your own in the comments below.