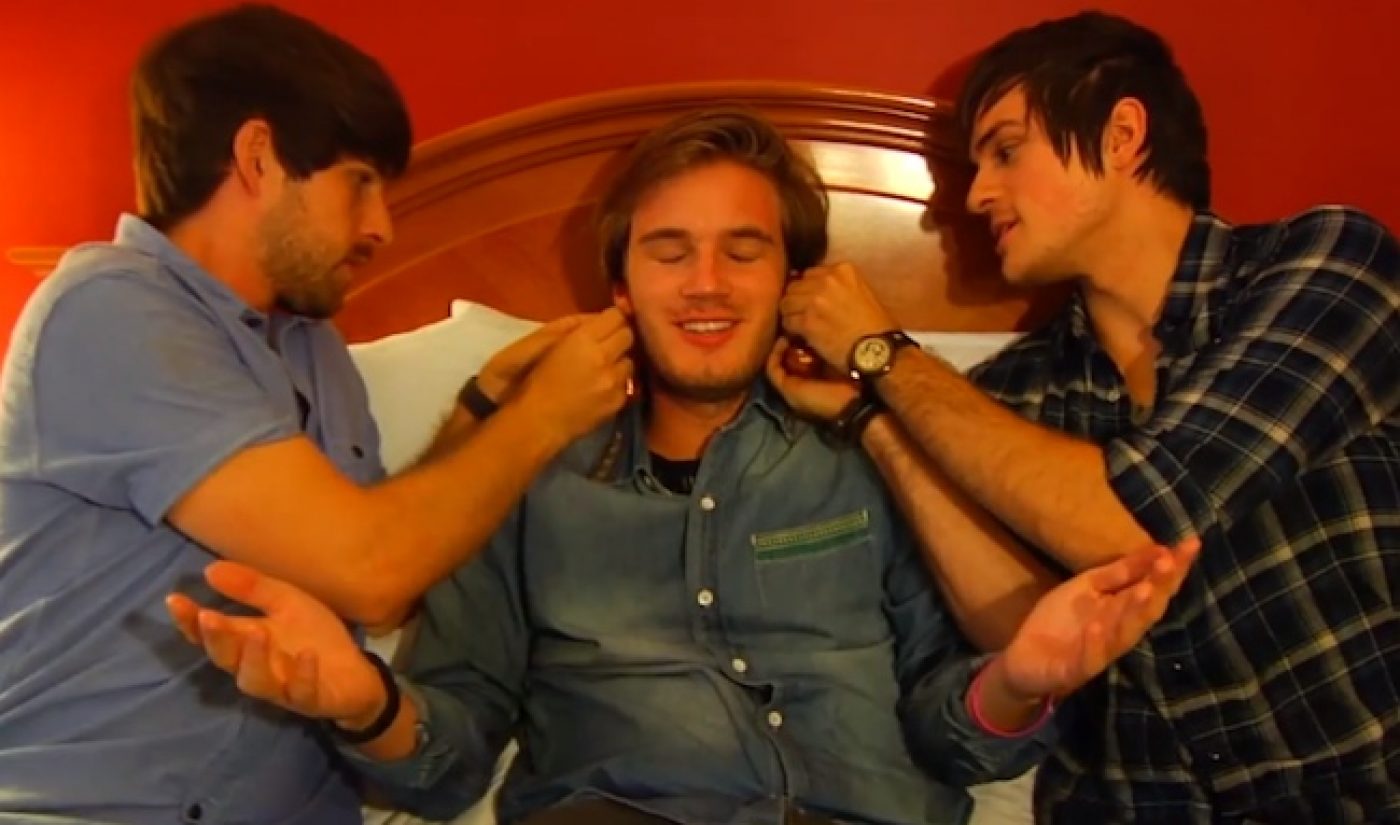 That didn’t take long. In less than 24 hours after Felix Kjellberg’s PewDiePie became the #1 Most Subscribed YouTube Channel of All-Time, the 23-year-old Swedish gamer had already uploaded a collaboration with Ian Hecox and Anthony Padilla of Smosh, the channel that formerly held the title.

In the first half of the 3-minute and 47-second video, Hecox and Padilla give Kjellberg a few pointers on what it takes to hold one of the most prestigious and coveted positions in all of online video. Among the laundry list of necessities are disco ball earrings, a tiara, pink scarves, “crotch bling” in the form of Lady Liberty’s torch, a landline for calling the police (which Hecox warns Kjellberg he’ll have to do quite often), and not-so-carefully-applied lipstick. The collaborative portion of the video ends with a signature PewDiePie Bro Fist that involves Hecox and Padilla’s fists and Kjellberg’s face.

It’s a fun if all-too-brief passing of the torch (kinda literally) and carries on the collaborative and transitive tradition set by Hecox, Padilla, and Ray William Johnson when Smosh passed the latter’s YouTube channel to become the Most Subscribed back in January 2012.

The second half of Kjellberg’s video with the Smosh duo is made up of an honest thank you to the PewDiePie fan base (aka Bro Army) that’s now 12 million subscribers strong. Kjellberg begins on how when he started making videos two years ago he never believed he’d achieve this much and ends on an inspirational note to burgeoning YouTubers that anything is possible in the industry of online video.

In between those sentiments, Kjellberg notes that with his now massive following he also feels a great sense of social responsibility. The young YouTube star is excited to leverage his ever-increasing number of fans towards a number of charitable projects, including, but not limited to his already underway $250,000 campaign for charity: water.

And in addition to his efforts in charity, expect a lot more collaborations in celebration of PewDiePie’s rise to that #1 Most Subscribed spot. As the title of the collaboration with Smosh says, it’s “Time To Party!”