YouTube Returns To Windows Phones With Support For Ads 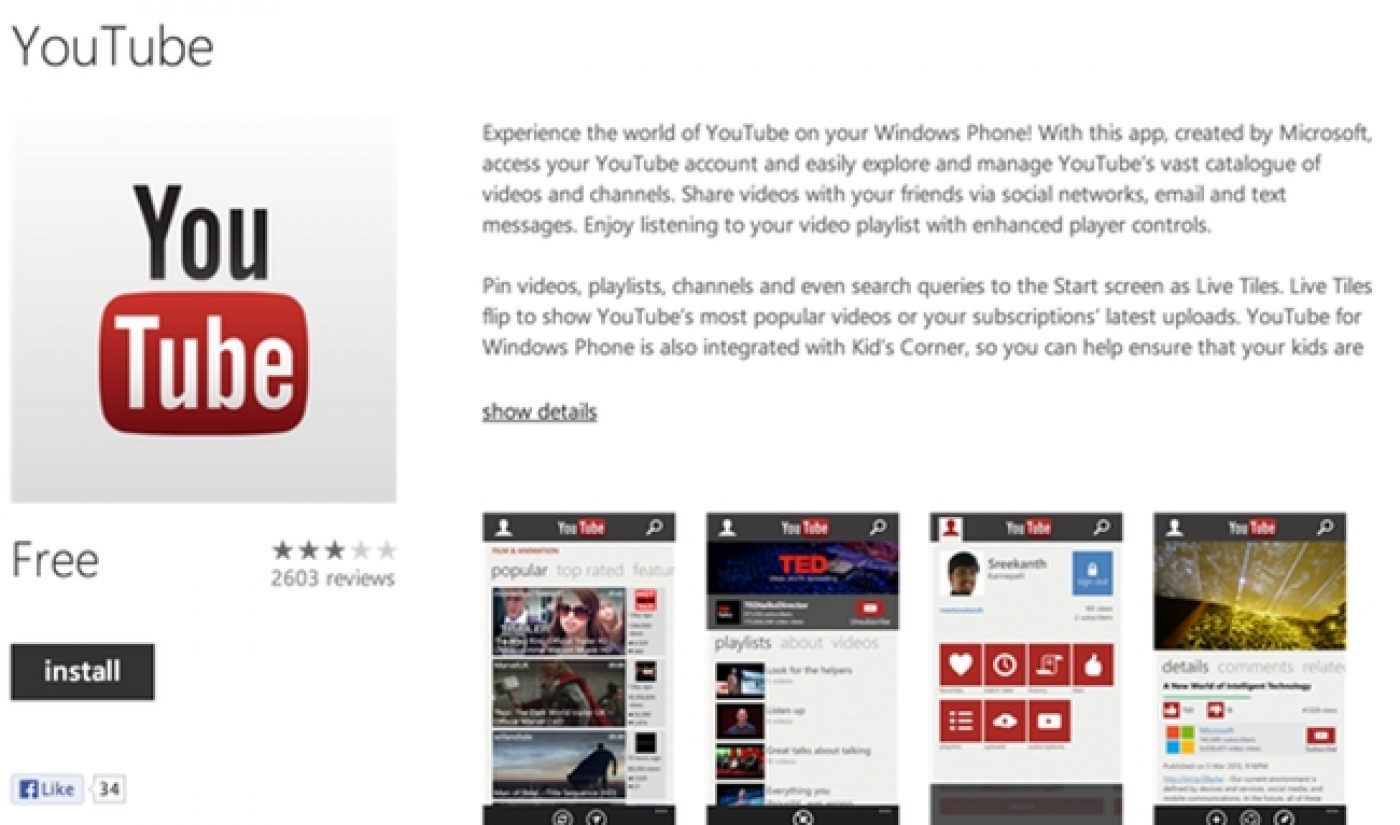 For the second time in a year, Google has found a way to better facilitate mobile YouTube monetization. After spending three months off the market, the official YouTube app has returned to Windows Phones in an updated format that will more easily allow pre-roll ads.

Last September, YouTube began running mobile ads on iPhone after it lost its status as the device’s default video player. In June, a report emerged stating that YouTube had since tripled its mobile advertising revenue, a result that no doubt encouraged YouTube to redouble its efforts to redesign the Windows app.

Microsoft had initially built the YouTube app for its mobile OS all on its own, but this proved to be a cause for concern in Mountain View when Google realized it could add more ad revenue to its ever-growing pile of money. After the update, Google is now one step close to becoming Scrooge McDuck.

“We’ve released an updated YouTube app for Windows Phone that provides the great experience our consumers expect while addressing the concerns Google expressed in May, including the addition of ads,” Microsoft told The Verge.

With a 3.3% market share, Windows Phones are now more popular than Blackberry and are growing at a faster rate than Droid; and with a quarter of all YouTube viewers accessing the site via mobile, it’s not hard to see why Google is interested in increasing its ad capabilities among popular portable devices. The new app also features a number of new features, but don’t be fooled–this one’s all about the money.