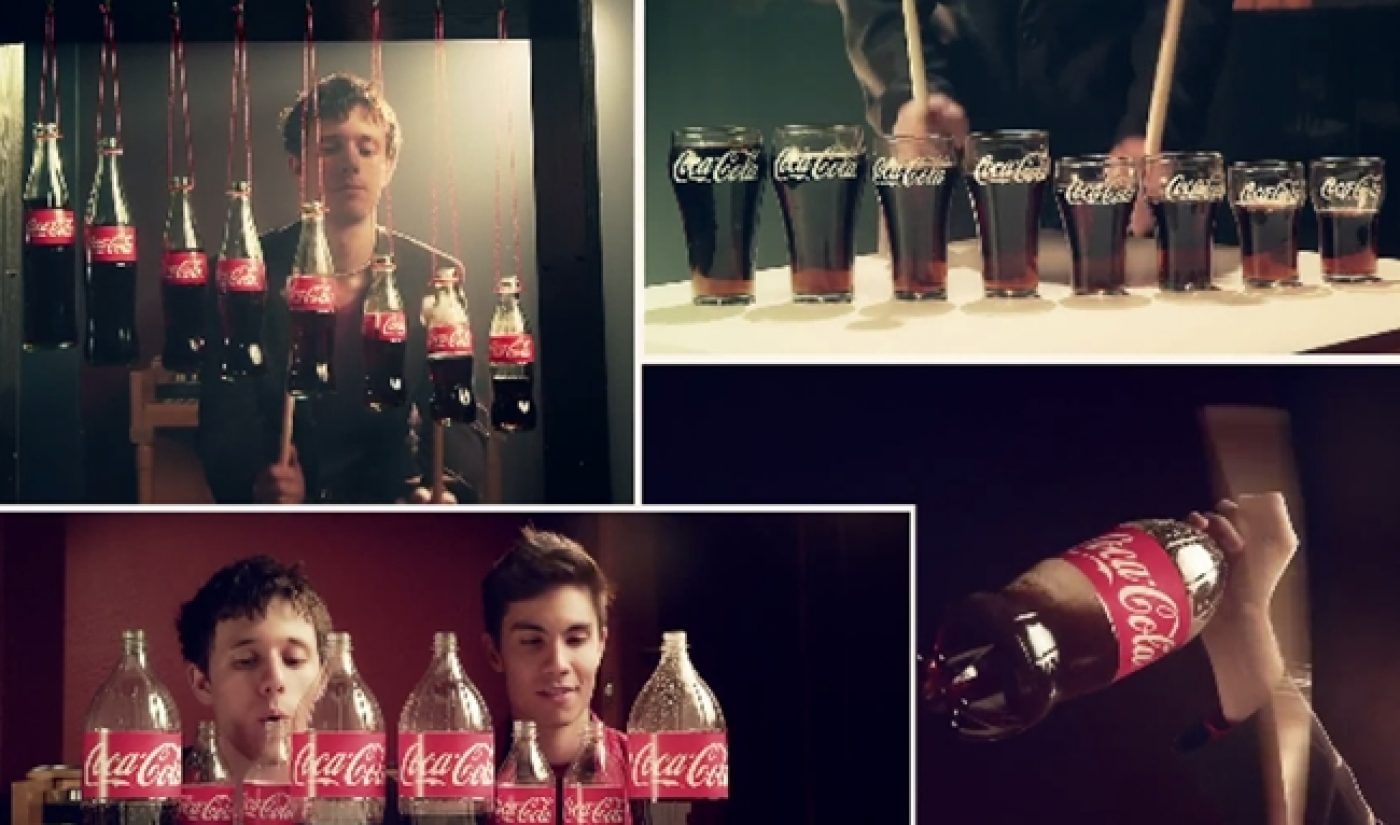 For the second time this summer, Kurt Hugo Schneider is abandoning the piano in favor of the Coke bottle. The multi-talented musician and producer has released his second brand collaboration with Coca-Cola, a video where he and Sam Tsui cover Calvin Harris’ ‘Feels So Close‘ using no instruments other than bottles and cans.

The video, the second in a two-part series titled ‘The Music Of AHH‘, follows up  a similar cover Schneider released at the beginning of July. That time, he gave Of Monsters And Men’s ‘Little Talks’ the Coke bottle percussion treatment with some help from cellist Kevin Olusola. For the Calvin Harris cover, Schneider has traded in Olusoula’s cello for Sam Tsui’s powerful vocals. The result is a more fascinating cover, and not just because Tsui has an incredibly strong voice. Without a cello in tow, the Coke bottles, cans, and other assorted cola containers must carry more of the melody in addition to serving as rhythmic backup.

The two videos are part of Coke’s ‘The AHH Effect‘ campaign, where 61 different branded projects  have been collected across 61 related URLs. To access Schneider’s masterpiece, you need to go to ahhhhhhhhhhhhhhhhhhhhh.com–yes, with 21 h’s. Miss by one h, and you’ll find yourself in an alternate universe dominated by Coke-loving cats, so be careful.

Other creative people are involved in the campaign as well. Artist Mark Crilley delivered site #28, ‘The Art of AHH‘, where he creates an ‘animorphic’ sketch that looks just like a real Coke bottle. It will make you say ahhhhhhhhhhhhhhhhhhhhhhhhhhhh.