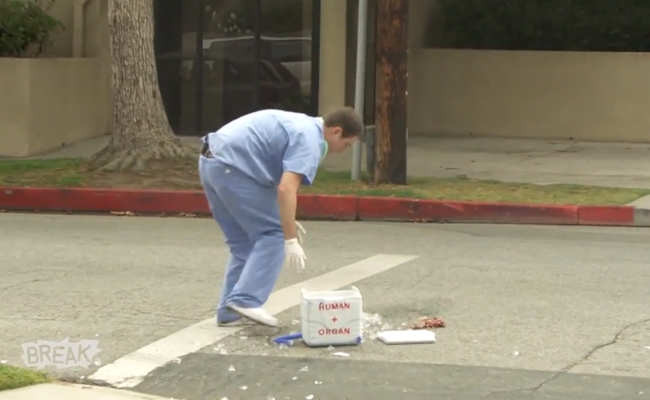 Has any channel benefited from the increased popularity of YouTube prank shows more than Break? In the past year, channels like Prank Vs. Prank, Magic of Rahat, and Roman Atwood have scored millions of views, and brands like Dove and Pepsi Max have achieved viral hits in which they ‘prank’ unwitting participants. While this movement has grown, Break has been able to use its status as a purveyor of the Internet’s choicest gags to expand its own audience. In August, Break debuted two new prank shows, Prank Bank and Hanky Pranky, adding to its library of well-executed gotchas.

Prank Bank and Hanky Pranky are quite similar, as they each showcase one prank each week. The main distinction between them is the gender of the hosts; Hanky Pranky is hosted by a busty woman while Prank Bank is helmed by Annoying Orange and SourceFed veteran Kevin Brueck. This gender difference is evident during each show’s first episode: Hanky Pranky opens with a stunt where its host tears up valuable comic books in front of flabbergasted nerds, while one of the first Prank Bank episodes shows Brueck crassly attempting to seduce women at Comic-Con.

In the most recent Prank Bank episode, Brueck dresses like a surgeon and keeps dropping an organ on the ground while rushing to perform a transplant.

These two shows join Break’s other prank shows, including Out Prank, which has become one of the channel’s most popular series since its launch last October. So long as viewers keep flocking to prank videos, we can be sure Break will keep providing a slew of new gags.