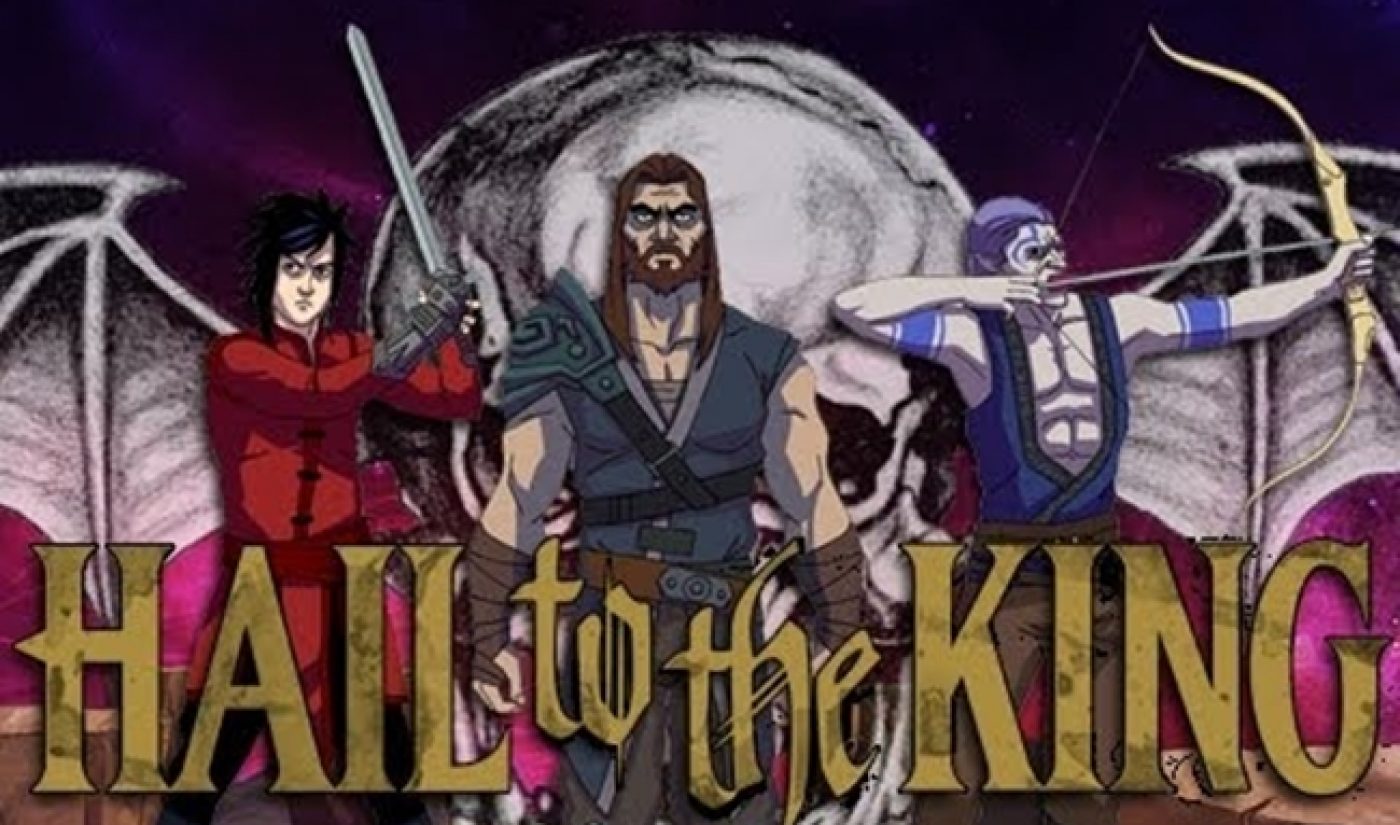 Fasten your seat belts, Machinima fans. Happy Hour is about to rock. The animation channel will be the home of Hail To The King, a six-episode series starring rock band Avenged Sevenfold and directed by Metalocalypse producer Jon Schnepp.

Hail To The King will provide an origin story for Avenged Sevenfold’s iconic symbol, the Death Bat. The series shares its name with the band’s upcoming album, which will hit stores on the same day of the web series debut: August 27th. As the album rockets up the charts, five more weekly episodes will continue to chronicle fictional caricatures of the band’s members on their quest for the Death Bat.

Avenged Sevenfold previously reached out to its predominantly young male fans by donating its collective likeness to Call of Duty: Black Ops 2. Its alliance with Machinima represents a similar effort, as many of the network’s viewers are also Call of Duty fans.

The director’s pedigree and the trailer suggest that Hail To The King will have much in common with Metalocalypse, which ran for four seasons on Cartoon Network between 2006 and 2012. Avenged Sevenfold has been headbanging its way to mainstream success for more than a decade, and by teaming up with Schnepp, it will soon add cult animation fans to its fan base.