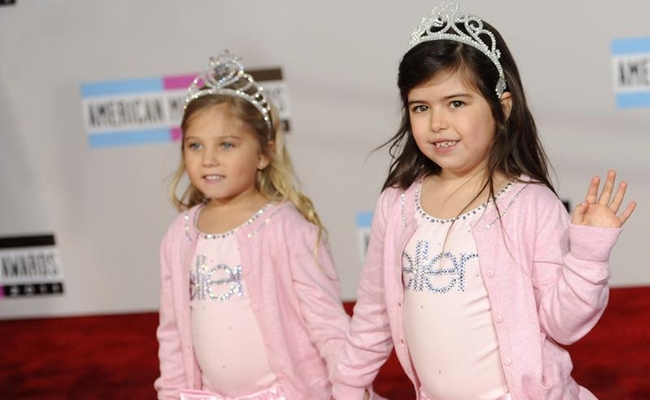 A ten year old girl has turned an adorable YouTube video into a major role in a Hollywood feature film. Sophia Grace Brownlee, who shot to fame on YouTube when her cover of Nicki Minaj’s ‘Super Bass’ went viral, will play Little Red Riding Hood in the upcoming adaptation of Steven Sondheim’s beloved musical, Into The Woods.

In 2011, Brownlee posted a video in which she sings along to ‘Super Bass’ while she and her cousin Rosie dance in frilly dresses. It has received 41 million views to date, with Brownlee’s personal channel rising about 273,000 subscribers. Later, Brownlee got ‘the Ellen bump’ when she performed her signature song alongside Rosie, Ellen Degeneres, and Minaj herself.  That video has received an additional 63 million YouTube views.

By scoring her latest role, Brownlee has officially launched her career as a child actress. In Into the Woods, which takes place in the world of fairy tales, she will ac­t alongside Meryl Streep, Johnny Depp, Emily Blunt, and several other notable Hollywood actors.­ Though her appearances on Ellen have proven she has the vocal chops necessary to ace the film’s musical numbers, some have questioned the choice. In particular, many fans of the musical believe casting such a young actress in the role will eliminate the compelling sexual tension between Little Red Riding Hood and Depp’s Big Bad Wolf (or make it super creepy).

Whether or not she was the correct choice, Brownlee is confirmed, and her YouTube videos have played a huge role in bringing her to this point. Her super cute face didn’t hurt, either.