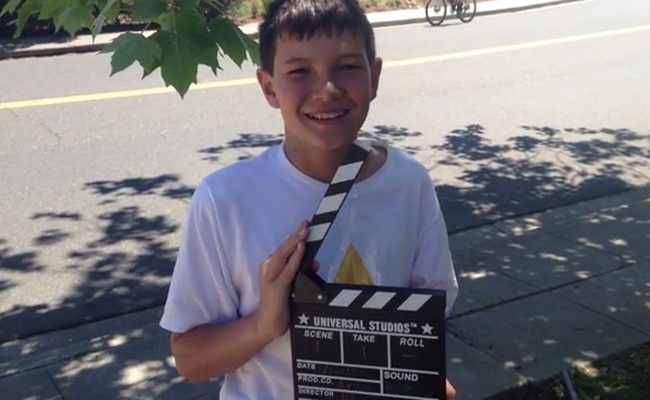 YouTube founders Chad Hurley and Steve Chen have spent the last few months teasing MixBit, their newest foray into online video sharing. As more details emerged about the emergent platform, we understood it to be an ‘Instagram for video‘ meant to function alongside YouTube rather than against it. The completed product is now publicly available, and we were close: MixBit is a Vine competitor with a heavy focus on editing video on the fly.

As with Vine, MixBit’s main attraction is a mobile app that lets users capture video at the touch of a button. At the same time, MixBit also takes a page from Instagram‘s book by letting users easily edit footage into longer videos, a feature unavailable on Vine. Though MixBit has a nominal max length of eight seconds, it encourages amateur filmmakers to stitch together captured footage with other videos from around the web. Some Vine users already create series of Vines that last for over a minute; MixBit is taking the logical next step by consolidating these series into one video.

We didn’t know it at the time, but Hurley and Chen telegraphed their new platform’s status as a Vine competitor when they released Wanpai, a Chinese clone of Vine, in June. Wanpai now seems like Hurley and Chen’s attempt to test the waters before fully embarking on a quest to dethrone Twitter’s world-beating capture app. “The whole purpose of MixBit is to reuse the content within the system,” Hurley said in an interview with The New York Times. “I really want to focus on great stories that people can tell.”

Let’s get right to the point: Can MixBit compete with Vine? It has the exciting features and big name backers to make a splash, but two roadblocks stand in the way. For starters, MixBit’s founders have made the strange decision to make all videos anonymous. On a site that hopes to thrive on social collaboration and sharing, not allowing users to put a face behind their work is utterly nonsensical.

I have no doubt MixBit will change this policy before long, and a sizable community will no doubt emerge. But this brings up the second roadblock: As we noted when Instagram released its Vine competitor, there is something about Vine that makes it irresistible. It is invitingly easy and appealing, and its simplicity (including its lack of editing) is part of the fun. No matter how many editing tools it offers, the Vine magic will be one thing that MixBit will not be able to capture.