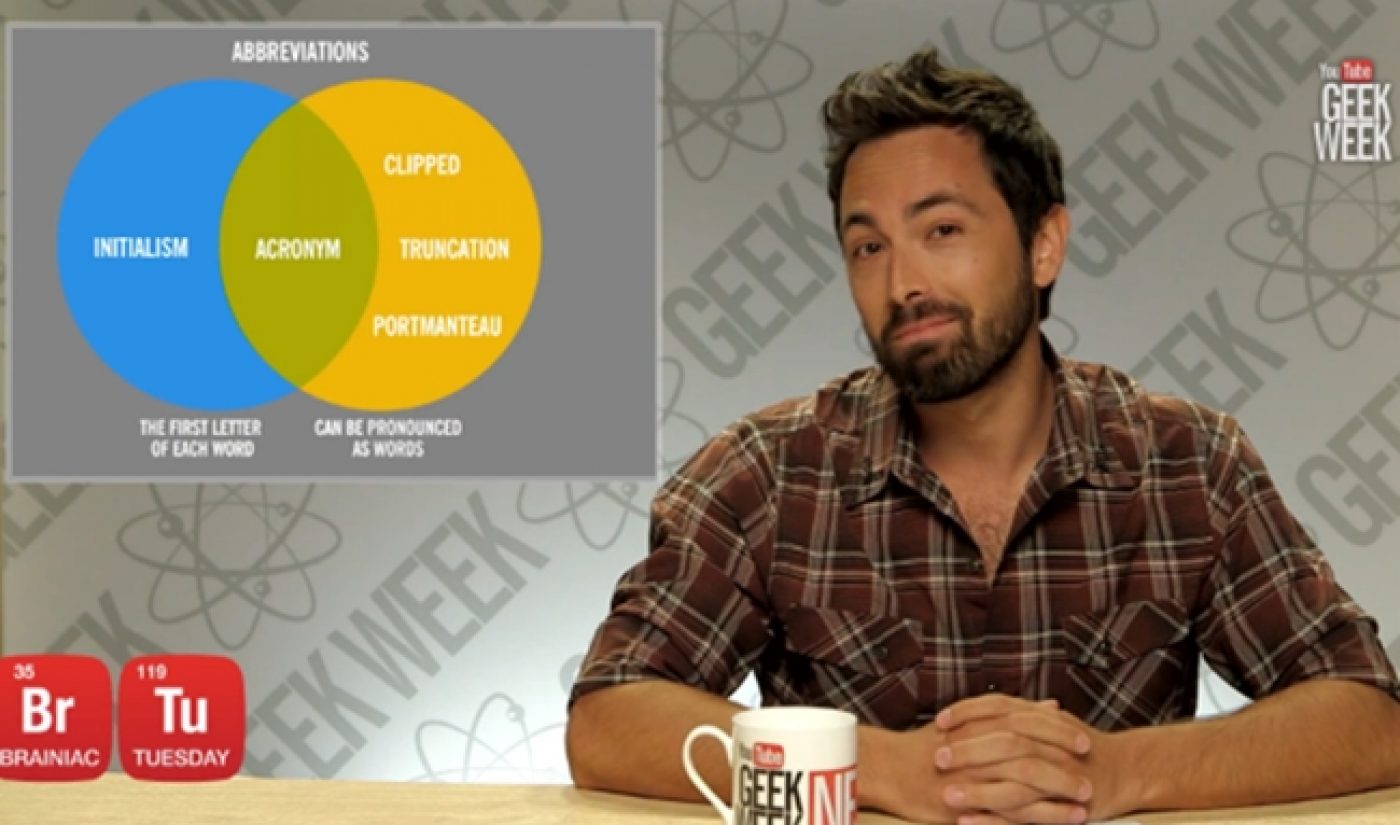 The Internet has defined who is and isn’t a geek/nerd to such an exhausting degree that it’s easy to forget that nerdy people existed before 1995. Instead of biding their time with video games and Joss Whedon, the first generation of nerds (as I understand it) earned their label through constant pursuit of academic studies (and science in particular). During Geek Week, YouTube paid tribute to these old-school nerds with ‘Brainiac Tuesday‘, an entire day of science videos.

As with other days, the first video worth check out is the daily Geek Week News segment. Derek Muller, the smartypants behind educational channel Veritasium, served as the host.

The video from Muller’s summary that most caught my eye is Wired‘s coverage of YouTube’s giant robot, which the video sharing site showed off at Comic-Con as a way of telling us, ‘the geeks are coming’. The whole machine was completed in 25 days, which is mind-boggling. Even Adam Savage was impressed.

Of course, this being YouTube, we also got a slow motion video, with Veritasium using a high-speed camera to show some cornstarch bouncing off a speaker at a high framerate. I bet Gavin Free wishes he had thought of that one first.

To top things off, AllTime10s brought in the Nerd God himself: Neil deGrasse Tyson. The cosmologist took a break from narrating the upcoming Cosmos reboot to read a top ten list in his silky smooth voice.

With such an emphasis on science videos, other subjects were unfortunately overlooked. How can you have a brainiac day on YouTube without Mental Floss, CGP Grey, or Zefrank? I demand equal rights for all nerds!