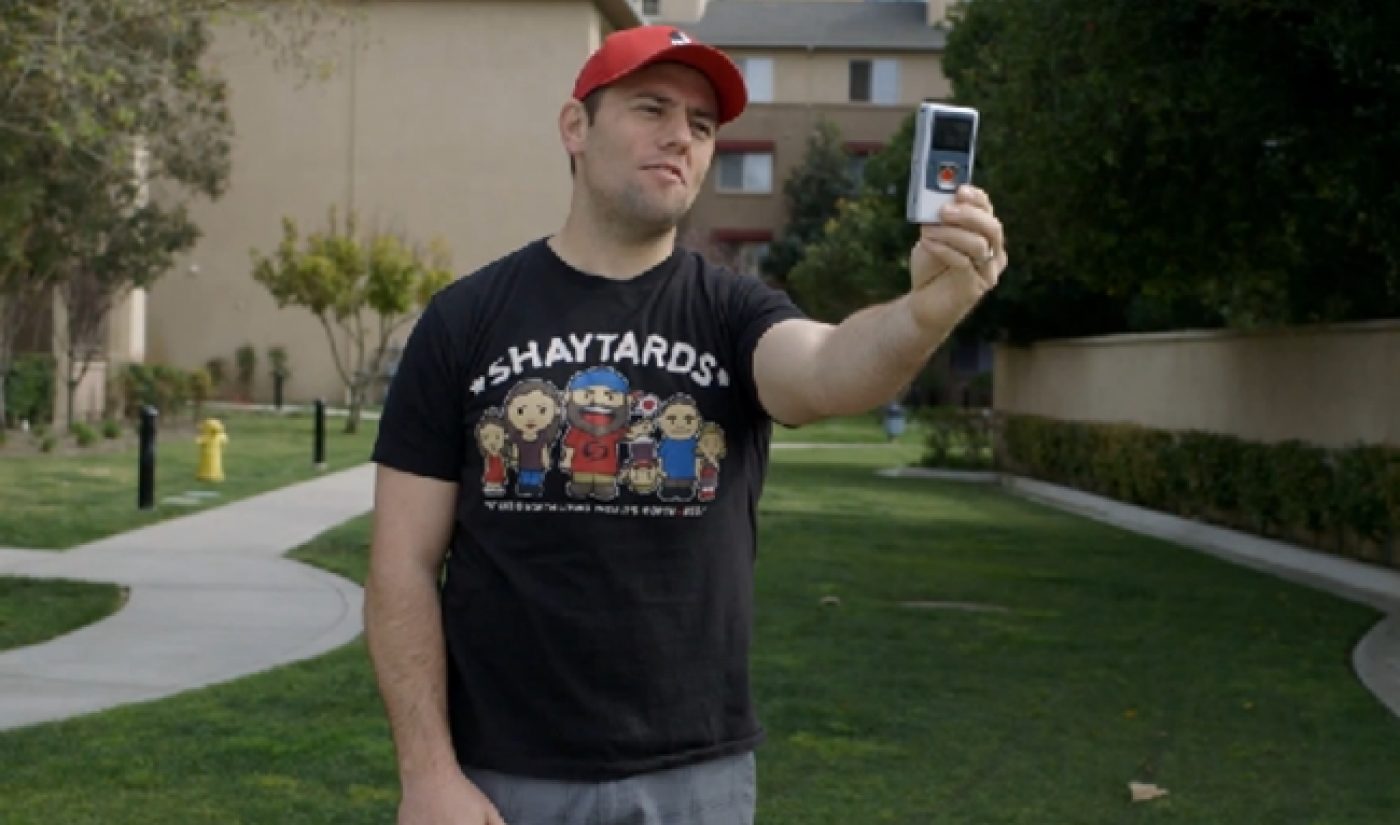 Six months after it finished a triumphant run on Indiegogo, ShayCarl‘s documentary about vlogging is beginning to take shape. The popular YouTuber, Maker Studios co-founder, and loving husband and father debuted the trailer for Vlogumentary during a presentation at Vidcon.

Vlogumentary used to be titled I’m Vlogging Here, but despite taking on a (marginally) less goofy name, the film itself will explore the same subjects Shay proposed during his Indiegogo campaign. Specifically, it will delve into the art of vlogging and explore every nook and cranny within. Judging from the trailer, Vlogumentary‘s subjects will include popular vloggers, lesser-known vloggers, happy vloggers, sad vloggers, serious vloggers, silly vloggers, and many other classifications.

For many of Shay’s fans, it is the first group that will be the main draw. There are many well-known YouTubers involved in the project, including the Vlogbrothers, Nice Peter, Toby Turner, Grace Helbig and Tay Zonday. If you watch the trailer, you’ll surely pick out many other familiar faces.

Shay knows his audience. Judging from the trailer, Vlogumentary won’t be a film that transcends its medium and brings vlogging to the masses. Instead, we can expect it to serve as a treat for regular YouTube viewers, who will receive an exciting in-depth look at what it means to be a YouTuber. Much like with The Fine Bros’ YouTubers React, the presence of dozens of likable creators will bring in their millions of subscribers. Vlogumentary will hit YouTube later this year, and if the trailer’s view count is any indication, it will make a sizable splash.