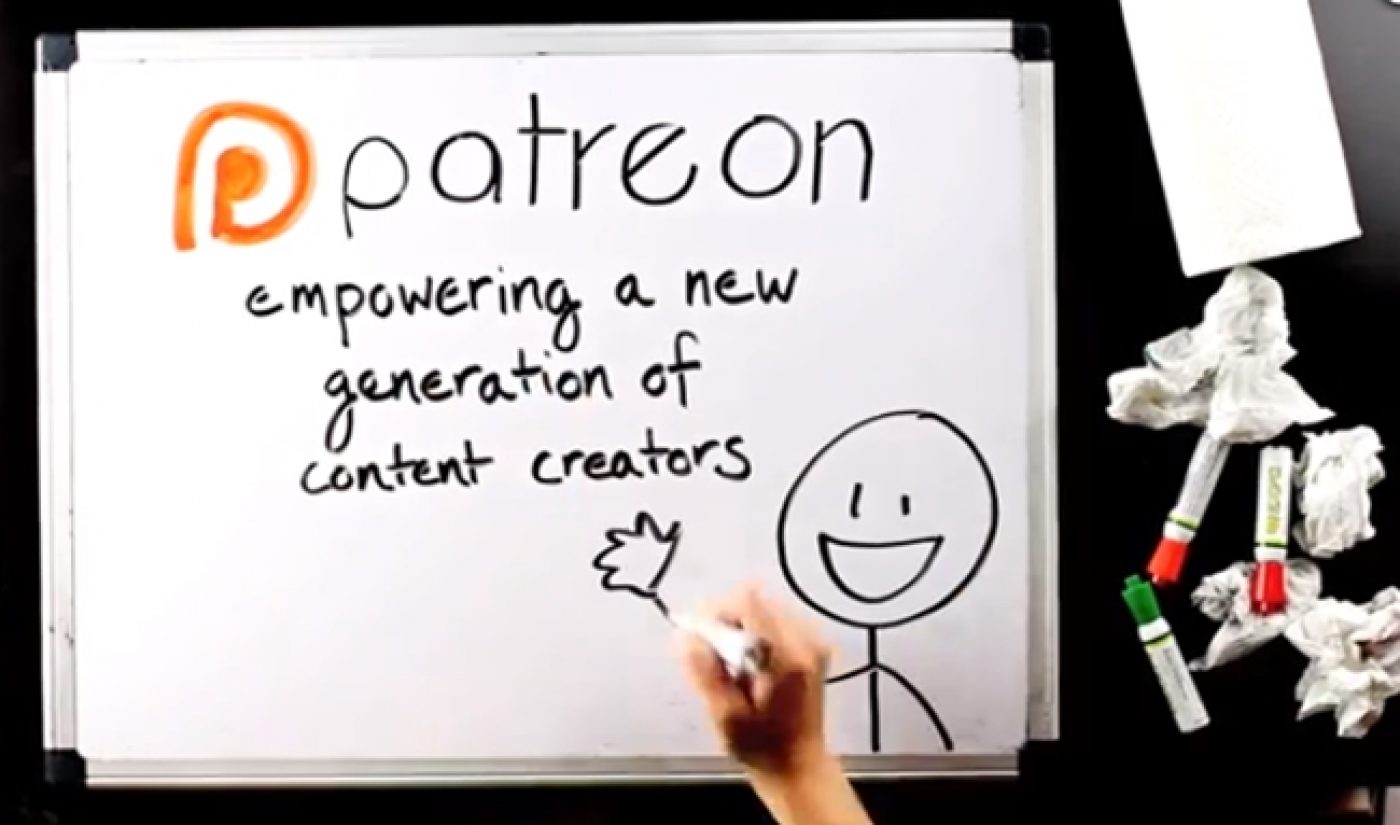 Subbable, the Vlogbrothers’ new online video fundraising platform, is making headlines thanks to its high-profile founders. However, it is not alone. Patreon, a site launched back in May, also allows YouTube creators to set up regular fundraising drives to fuel their videos. The brainchild of YouTuber Jack Conte, Patreon has big plans of its own; Conte just raised more than $2 million in venture capital, which will help him bring the system of patronage to the forefront of the online video space.

Like Subbable, Patreon operates on a ‘pay what you want’ system, but it is distinct in terms of the period over which donators contribute to their favorite creators. Instead of a monthly model, Patreon operates on a per-video basis, where ‘patrons’ donate the same amount for each video. This guarantees creators a fixed budget for each video, and monthly maximums ensure that patrons won’t unknowingly donate their whole life savings to a YouTube video.

Conte is best known for being one half of the band Pomplamoose, which creates unusual covers of hit songs for our viewing please. Since finding success with Pomplamoose, Conte has moved on to his more electronic solo work, which he now funds through Patreon. As with the Green brothers, his main purpose for creating the site is to lower reliance on fickle ad rates. “I don’t think ads really properly value content, because they don’t take into account whether a user cares about that content,” he told Allthingsd, “It’s a binary rubric; they’re either watching or not.”

The online fundraising space is crowded, but Patreon has already attracted some notable names, including Peter Hollens, Julia Nunes, and the other half of Pomplamoose, Nataly Dawn. The $2.1 million funding round proves that Conte is serious; there may be a pay-what-you-want online video platform rivalry brewing.